Editor’s Note: Daily Independent editor Mark Maynard sent me a story about the northeast Kentucky daily’s ‘Newsroom Tunes’ that just started its second season. Here’s Mark’s note and then a story about the popular program.

“We’ve done this for a couple of years during the summer. It gives local musicians a chance to showcase music directly from our newsroom! We have reporters working in the background as the musicians play. This year we are doing the performances LIVE!!! It’s added a nice twist to a fun project. It also gives our readers (viewers) a chance to get a glimpse of where we work!!” 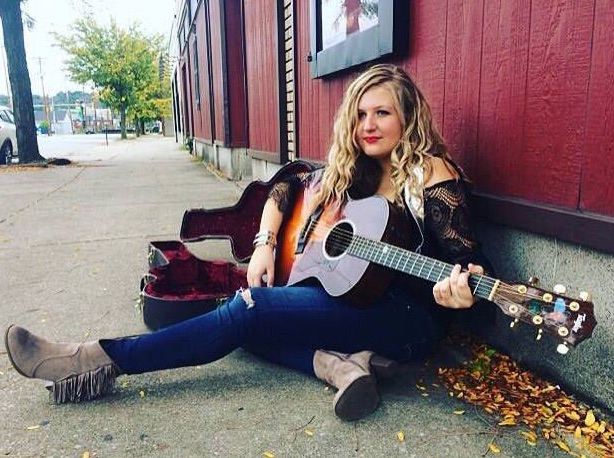 The entertainment is back with a new season of Newsroom Tunes.

The popular summer series, which spotlights local talent,  will be aired live every Thursday at noon on The Daily Independent’s website.

The first live broadcast was a recent Thursday at noon in the newsroom of The Daily Independent, where viewers will got the chance to take a sneak peek inside the newsroom as artists perform their favorite songs.

Kicking off the series was Emily Davis, a 21-year-old singer who has been singing since the age of 12.

While Davis considers herself a country artist and has written many songs, she gets some influences for writing from the pop genre as well. “I’m excited to perform for The Daily Independent and its viewers,” Davis said.

While Davis has been performing locally in the Tri-State area, she has recently signed an artist development deal with Verb Records and is getting ready to release a new single called “Middle of Nowhere.”

Davis is also in the process of saving money to make the trip to Nashville to pursue her dream.

Newsroom Tunes airs online at www.dailyindependent.com each Thursday at noon.