David Greer returns to the office 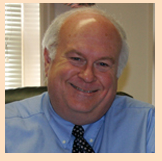 After being away from work for almost three months because of illness, David Greer returned to the office this week, for the first time since mid-December.

David oversees the Kentucky Press News Service. While he was out, KPA used Dr. Melony Shemberger, Jennifer Brown and David Stone to take over the KPNS duties, making sure the news service was covered for its three budgets each workday and a Sunday news budget update.

In early February, David was able to work from home, limited to staying there because of oxygen required 24 hours a day.

During a doctor’s appointment last week, David was taken off oxygen during the day, allowing him freedom to leave home and return to his office at KPA.