David Holwerk, who guided Pulitzer-caliber journalism at Herald-Leader, dies at 73

From the Lexington Herald-Leader 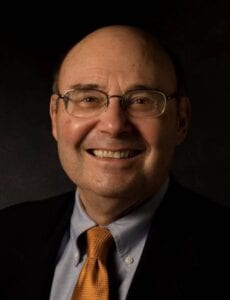 David Holwerk, whose ability to make good judgments and quick decisions as editorial-page editor of the Lexington Herald-Leader led to three finalists and one winner of the Pulitzer Prize for the newspaper, has died. He was 73.

Holwerk’s son, Charles Holwerk, said his father died at home in New Albany, Ind. He had had heart problems for several years and was overseeing the building of a retirement house in the mountains of North Carolina , where Charles lives. The house was called “Sugar Camp Cabin.”“David was phenomenal, unique and a lot of fun. He took on the powerful and had no fear,” said Tim Kelly, who retired in 2011 after a 46-year career in journalism that included positions as president, publisher and executive editor of the Lexington newspaper.

Kelly noted that Holwerk was head of the newspaper’s editorial page when Maria Henson began a series of stories in December 1990 titled “To Have and To Harm” about battered women. It led to her winning a Pulitzer, which honors exceptional achievement in journalism. The series inspired new Kentucky laws on domestic violence.

Henson said Holwerk “made me a better journalist and he always was in my corner.” She also worked with him as deputy editorial editor at The Sacramento Bee and is now an associate vice president at Wake Forest University in North Carolina.

Pett, who later won a Pulitzer, said he owes his career to Holwerk. Holwerk hired him in 1984 as an editorial cartoonist.

“Working with him was fantastic,” Pett said. “He was super energetic, super joyful. It is amazing that in a short span of time, I believe, 1989 to 1994, he got so many Pulitzer finalists for a paper of our size.

“Beyond the awards, he allowed us to do our thing by encouraging us.”

Art Jester, who worked as book editor for Holwerk, said, “I never had a more supportive boss than David. He gave me counsel when I asked for it and freedom to do my work. He also had a riotous sense of humor.”

Former Herald-Leader reporter Andy Mead said Holwerk “looked at things differently than most people. He was one of the most interesting people I have ever met.”

Mead said he recalled that besides being an excellent journalist and finder of talented people, Holwerk could take a heavily publicized story and compose a song that would have his colleagues in stitches.

Ferrell Wellman, former host of Kentucky Educational Television’s popular current affairs show, “Comment on Kentucky” and a Louisville TV reporter, said he met Holwerk in their high school years in Lexington — Wellman was president of the Key Club at Lafayette High School and Holwerk was a member of Henry Clay’s Key Club.

“We met on a train going to a convention, hit it off and renewed our friendship” at the University of Kentucky, said Wellman. He recalled that Holwerk garnered much attention and notoriety at UK when he campaigned for the office of student government president with a commode lid around his head. “He lost,” Wellman said.

Also at UK, where he got a bachelor’s degree, Holwerk was a member of the National Student Association and worked with the Blue-Tail Fly, an underground “left-wing” off-campus newspaper, which was an offshoot of disgruntled students from the Kentucky Kernel. He also volunteered to fight povery in Appalachia.

“David almost always wore a frog tie clasp for his tie when he appeared on ‘Comment,’” said Wellman. “He brought to the show a unique perspective. He had a strong sense of right and wrong and expressed it like no other, often tongue-in-cheek.

Al Smith, who helped found “Comment on Kentucky” and hosted the show before Wellman, called Holwerk “an outstanding journalist and a tremendous critic of the world.

“He spoke his mind. He never kept any secrets how he felt. His passing is a great loss. He and his outstanding wife, Colleen, were great friends of mine.”

Colleen Holwerk died April 26, 2019, of complications following surgery. David and she had been married for 49 years. They had two sons, Charles and Louis.

On his Facebook page Sept. 26, Holwerk wrote, “How is that possible! —I did the smartest thing I’ve done in my life. I married Colleen Marie Hattemer. It is not possible to list the array of blessings that she showered on me in the next 49 years. She gave me two of the finest sons a man could want. She gave me faith when I was in despair. She enriched our life with daily doses of sly humor, piercing intelligence, and a boundless practical wisdom.

“There were few days in which I did not learn something valuable from living with her. But the greatest thing I learned from our life together was what it means to love another person. That is her enduring gift to me, and one I carry forward this half-century later.”

Her multi-faceted career included budget committee staffer at the Kentucky Legislative Research Commission, budget officer and editor of the state budget at the Kentucky Office of Policy and Management; director of development at the Prichard Committee; producer of Al Smith’s AOK Primeline radio program; executive director of Ashland, the Henry Clay Estate; development officer at Northwoods Children’s home and the University of Minnesota-Duluth; and fund raising director at the Water Education Foundation in Sacramento, Calif.

Holwerk said in an American Journalism Review article in 2001 that he “gamed his chops writing 700 editorials in nine months while freelancing for the then Lexington Herald in the 1970s.”

After three years as a political writer and state capital bureau chief for the Lexington paper, he became editor of the Herald-Leader’s editorial page in 1983.

“A lot of what we did was writing about state government and state politics,” Holwerk said.

As editorial editor, Holwerk was known for his emphasis on heavily reported editorials.

After his 18 years at the Lexington Herald-Leader, Holwerk was editor of the Duluth, Minn., News Tribune from 1998 to 2001 and then became editorial page editor of The Sacramento Bee in California and vice president of the National Conference of Editorial Writers.

At The Sacramento Bee, Holwerk oversaw the 2005 Pulitzer Prize-winning work of Tom Philp, an associate editor of The Bee’s editorial board. Philp wrote a series urging the restoration of Yosemite’s flooded Hetch Hetchy Valley.

Holwerk joined the Dayton, Ohio-based Kettering Foundation as director of communi­cations and resident scholar in June 2009. He was active in the foundation’s research on public-government relationship and the role of media and journal­ism in democracy.

Holwerk’s son, Charles, said his family hopes to have a celebration of life for David Holwerk come spring.