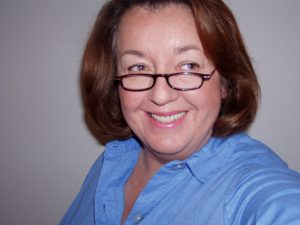 Dr. Deborah T. Givens, chair of the Department of Communication at Eastern Kentucky University, was elected vice president of the International Society of Weekly Newspaper Editors at the organization’s conference July 11 through 15 at Lewis and Clark College in Portland, OR.

Givens is a former newspaper publisher and editor and founded and owned the weekly newspaper, The Butler County (Ky.) Banner, and later purchased The Green River Republican, Morgantown, Ky. She is currently serving on the KPA Board of Directors as the state’s Eastern region Journalism Education Representative.

Attendees came from England, Canada, Australia, China, Nepal, and the U.S. In addition to programming about issues impacting the host region and best practices for newspapers, the conference annually includes a half-day critique session of the editorial pages of participating newspapers. Givens served as critique leader for one of the groups, which included editors from Georgia, Wisconsin, Oregon, Vermont, and Australia.

ISWNE also hosts an annual editorial/opinion writing contest that recognizes the best 12 submissions as members of the Golden Dozen with the author of the best article from the 12 named the winner of the Golden Quill.

Keynote speaker at the conference was Ian Murray, executive director of the Society of Editors, who spoke about the state of journalism in England.

Givens was one of the cohosts of the conference when it took place at Eastern Kentucky University in 2010 and has served on the board of directors.

Future conferences are scheduled for: 2019, Emory University in Atlanta, Georgia, and 2020, University of Nevada, in Reno.