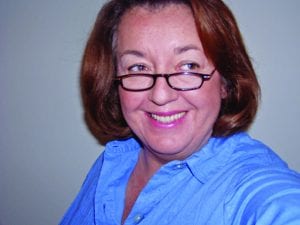 KPA Board of Directors education representative Deborah Givens has been named chair of the Department of Communication at Eastern Kentucky University effective July 1.

Givens has taught journalism at EKU since 2006. She earned a Ph.D. in Communication at the University of Kentucky after a 20-year career as a weekly newspaper editor and publisher. She has a Master’s in Public Administration from Western Kentucky University and a Bachelor’s in Journalism from Ball State University. She began her newspaper career as an editor for Al Smith.

The EKU Department of Communication has approximately 330 majors in journalism, broadcast, public relations and communication studies. The broadcast and journalism programs recently completed a merger and will introduce a multimedia news concentration in fall 2017.

Givens and her husband, Roger, established The Butler County Banner in 1982. They later purchased The Green River Republican and merged the newspapers, which they published until the sale of the company in 1998.