Carrie Dillard, editor of the Paducah Sun, has been elected treasurer of the Kentucky Press Association and Kentucky Press Service for 2020. The election was held last Friday as the KPA Board of Directors closed out its 2019 Fall Retreat at Cumberland Falls State Park.

KPA Bylaws stipulate that the treasurer is to be elected by the Board from Board members who will be serving the following year. A State At-Large Board member in 2018 and 2019, Carrie has been appointed a State At-Large Board member by 2020 KPA President Jeff Jobe. Carrie has been with the Paducah Sun for the last five years as news editor and now editor. A graduate of the University of Southern Indiana, she was editor of the Union County Advocate, 2006 to 2010, and managing editor of the London Sentinel-Echo 2011 to 2014. She has also received numerous KPA News Contest awards for her writing and photography.

The Vice President, meanwhile, is recommended to the full membership by the Board and an election is held to determine who will serve in that capacity for 2020. The Board is submitting two nominees to the full membership — Dennis Brown, publisher of the Lewis County Herald in Vanceburg, and Regina Catlett, co-owner of the Sebree Banner and Sturgis News.

A letter and ballot with their names will be sent to the publisher of each member newspaper with the ballot to be returned in early December. The one receiving the most votes will be elected Vice President for 2020 and subsequently President Elect in 2021, President in 2022 and Past President in 2023.

Dennis Brown is publisher of the Lewis County Herald as well as general manager of WKKS in Vanceburg. He is a 1984 graduate of Morehead State University where he studied Journalism and Mass Communications. He was elected District 8 Board member during a Special Election in the Fall, 2016, and began a full three-year term on the Board in 2018.

Regina and her brother, Tony, own the Sebree Banner and Sturgis News, newspapers that were owned by their parents until their death. She received her BS in Journalism with an English minor from Western Kentucky University. She served as editor of the WKU Talisman while working on her BS degree. She was athletic director and English teacher at Webster County High where she was named Teacher of the Year three times. She was recently re-elected to a full three-year term on the Board of Directors for District 3. 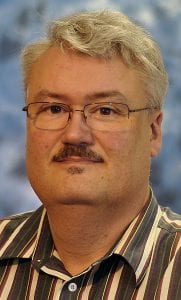 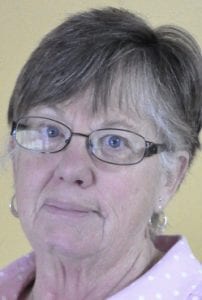