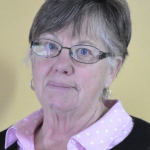 KPA is starting a Special Election in District 3 with a letter and nomination form mailed to the publisher of each member newspaper in the district that includes Daviess, Hancock, Henderson, McLean, Ohio, Union and Webster counties.

The election is necessitated with Regina Catlett being elected Vice President of KPA for 2020. Regina was just elected to another three-year term as the District representative, meaning the person elected in this process will serve through the end of the January 2023 KPA Convention. Regina is co-owner of the Sebree Banner/Sturgis News.