‘Dog Paddling Across the Bluegrass’ premieres week of September 10 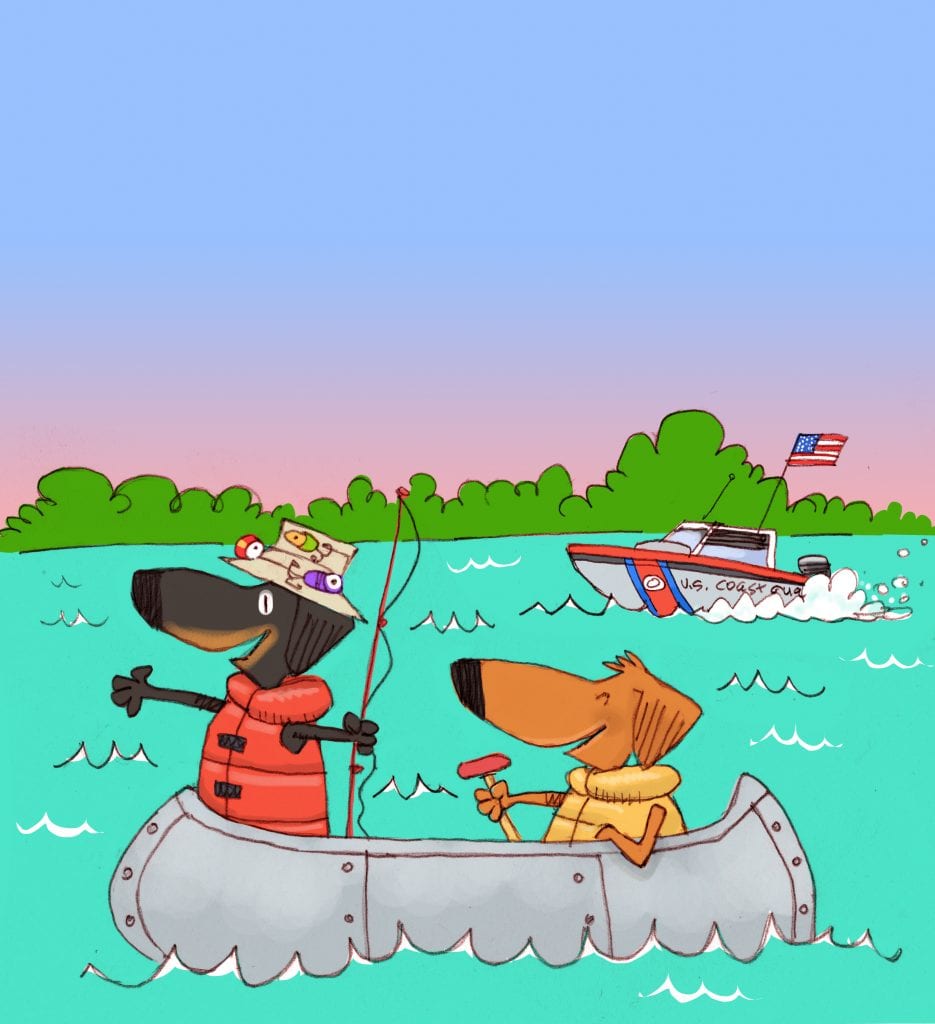 Newspapers who have already signed up for the 2017 KPA Fall Chapter Series need to be watching their email inbox by the end of the month to access materials for this year’s Woody and Chloe series. It’s another 10 weeks of typical Woody adventures, and perhaps misadventures, as they take to the water in way Eastern Kentucky, making their way to a fishing tournament on Kentucky Lake.

Only newspapers who sign up and agree to the two cents per paid copy/subscription will have access to the materials. So if you haven’t signed up, time’s a wastin.’ Just email me with the name of the newspaper, name and email address of the main contact for the series, and paid circulation. The series begins the week of September 10.

Check out the list below of places that Woody and Chloe mention in paddling across the Bluegrass, on their way from Pikeville to Kentucky Lake. If your locale is mentioned, you especially should sign up to run the Fall Chapter Series.

And again, our thanks to Herald-Leader artist Chris Ware for his work on all of the artwork to go with the series.

The following places are in ‘Dog Paddling Across the Bluegrass.’