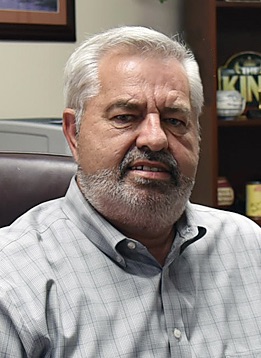 And you don’t have to ask Daily Independent publisher Eddie Blakeley if he’ll repeat the program next year. It was so successful in this first venture, that Eddie is thinking about extending it to the CNHI weeklies across Kentucky next year.

But he’s quick to point out he doesn’t get credit for developing the idea. That belongs to Robin Quillon, publisher of the Johnstown, PA., Tribune Democrat, a sister CNHI newspaper. Quillon started the promotion last year and was so excited about the success, he shared it with Eddie and other CNHI publishers around the country.

The first venture for the Kentucky papers has already proved successful. Eddie estimates he had about 130 dogs entered for the Ashland part of the contest.

With sig ads sold around the contest announcement each week (see one of the announcements below), and the $1 per vote the paper gets from readers, he’s figuring an income of $6,000 to $7,000 just for Ashland. From that, the eventual winner of the Cutest Dog will receive $300 and then there’s the cost of a photo shoot the winning canine will have. And while he hasn’t determined the amount yet, he’s going to make a donation to an area animal rescue shelter.

Centered around the NCAA tournament, it’s structured similarly. Canines getting the most votes in the first round, go on to the second, then the quarterfinals, the semifinals and then down to the championship round where a winner will be crowned, along with the $300 debit card and the photo shoot.

As I mentioned, Blakeley is already looking ahead to the 2019 Bark Madness Contest, adding CNHI weeklies and considering adopting a revised version of the contest.

Cats. To go along with the Dogs. Of course, if he adds cats, he’ll have to rename it to something other than “Bark” Madness.

He got the cat idea from Johnstown’s publisher, Quillon, as well. This year, the Tribune Democrat added a contest for cats and income is expected to grow substantially when the final tallies are in.

Eddie is so giddy about the contest — he can talk on and on about the program and how it’s benefitted the ADI and its NIE program — that if you want more information about the dog contest, feel free to contact Eddie. I imagine Robin Quillon at the Johnstown PA Tribune Democrat would be glad to talk to you as well. 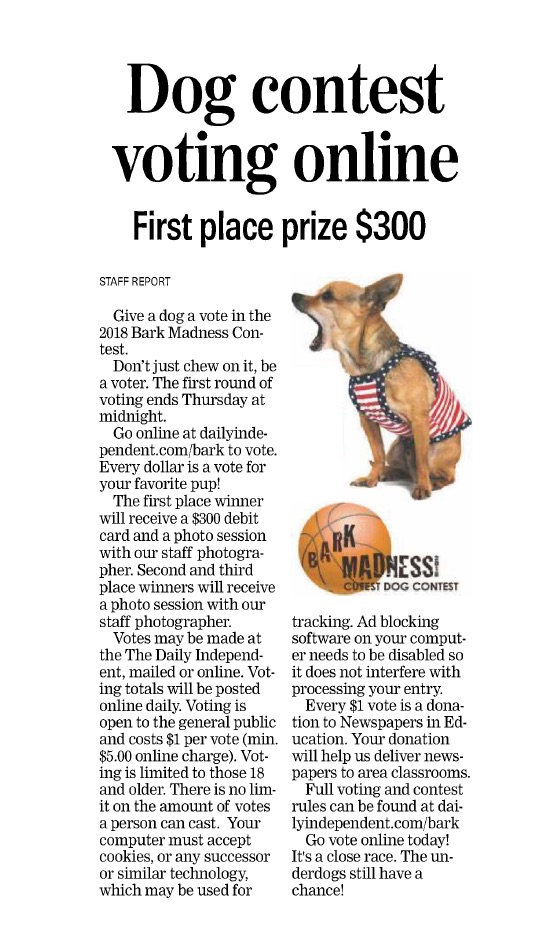