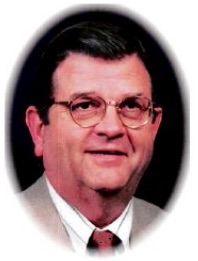 Don served as executive director of the Kentucky Press Association from 1979 until 1983.

He graduated from the University of Kentucky in 1953 with a degree in Journalism.  After graduation, he was commissioned Second Lieutenant in the US Air Force.  He continued to serve in the US Air Force Reserve and the Kentucky Air National Guard for 38 years, attaining the rank of colonel. He was editor of “Mustangs to Phantoms,” the history of the Kentucky Air National Guard.

He began his lifelong career in journalism and public relations at the family-owned newspaper, The Henderson Gleaner and Journal.  He also was state editor for The Lexington Herald-Leader and later became executive director of the Kentucky Press Association.

He was director of public relations at Western Kentucky University for 10 years and was associate professor of Journalism for eight of the 10 years.  While at Western, he earned a master’s degree in Public Service.

A third generation Rotarian, he was an active member of Rotary for 40 years with 10 years of perfect attendance.  He was a Sapphire member of the Paul Harris Foundation of Rotary.

He was a life member of the University of Kentucky Alumni Association and served on the National UK Alumni Board for 13 years.

He retired in 2000, after 50 years in public service.  In 2003, Anne and Don moved to Shelby County, where they enjoyed life on the farm, raising crops and beef cattle.

He was a member of the First Presbyterian Church in Shelbyville and served in leadership positions in Presbyterian churches in Frankfort and Bowling Green.

He was preceded in death by his son, Bryan Leigh Armstrong, his parents and his brother, James William “Bill” Armstrong (Ellen Williams.)

Visitation will be at 10 a.m. Saturday, March 3, 2018, with the funeral following at 11 a.m. at Shannon Funeral Home with the Rev. Jay Hodge officiating.  Burial to follow at Grove Hill Cemetery, Shelbyville.