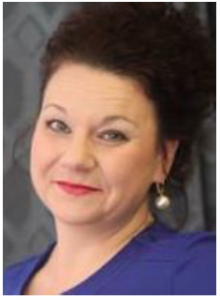 Angie Hatton, a graduate of Eastern Kentucky University in journalism, has been elected as State Representative for the 94th District. She will represent Letcher and part of Pike County, replacing Rep. Leslie Combs who decided not to seek re-election.

Here’s Angie’s bio, taken from a report on new legislators who take office in early January:

Angie was born and raised in Whitesburg. She graduated from Eastern Kentucky University, worked as a newspaper reporter for the Frankfort State Journal a few years, and then received her juris doctorate degree from the University of Kentucky College of Law. She is admitted to the Kentucky and Federal U.S. District Court bars and serves as Vice President of the Letcher County Bar Association. She now has practiced law for 17 years, holding the positions of Trial Commissioner for two years and Assistant County Attorney for eight years along with an ongoing private practice that has been focused mainly in Family Law.

Her family’s living has been made primarily from coal mining or trucking on both sides of the family going back at least three generations.

She is the proud mother of two children and has been elected four times to the Site-Based Decision Making Counsel at their school as parent representative. She has also served on numerous non-profit boards and community groups.