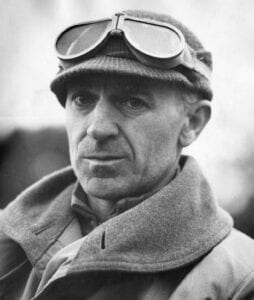 We think it is an appropriate time for us to recall the sacrifices made by those serving and who had served in our Armed Forces. It’s a reminder to all of the ultimate sacrifice made by so many Americans to maintain the freedoms we enjoy.

If you decide to use the materials provided for your recognition of V-E Day, we ask that you consider adding a paragraph about the Ernie Pyle World War II Museum. Donations may be made through the museum website at www.erniepyle.org.

Included in this email and a following email are the selected columns, a short bio of Pyle, headshots, and mention of the Museum that you could use.

The last column written by Ernie Pyle. The uncompleted work was found in the shirt pocket on his body on April 18, 1945, the day he was killed by a Japanese machine gun bullet on Ie Shima during the battle for Okinawa. Ironically the subject matter was the anticipated end of hostilities in Europe, or V-E Day, which occurred on May 8, 1945.

The death of Capt. Waskow column, which was declared the best column ever written, according to the National Society of Newspaper Columnists.

The liberation of Paris, which captures the joy of a city freed from Nazi occupation.

If you want to expose your readers to additional columns by Ernie Pyle, you could include the following link to the Indiana University School of Journalism, where your readers can access additional dispatches written by him: https://sites.mediaschool.indiana.edu/erniepyle/wartime-columns/

If you have any questions about this 75th anniversary commemoration or about the Friends of Ernie Pyle or the Ernie Pyle World War II Museum, feel free to contact me at skey@hspa.com.

I also ask that you consider making a donation to the museum, either personally or as the newspaper. It only seems proper that efforts to preserve the legacy of the most famous World War II correspondent be supported by current journalists.

Thanks for considering this tribute to veterans and Ernie Pyle.

Stephen Key, Executive Director and General Counsel, Hoosier State Press Association, President of the Board of Directors of the Friends of Ernie Pyle Development Fund, Inc.

The Death of Capt Waskow 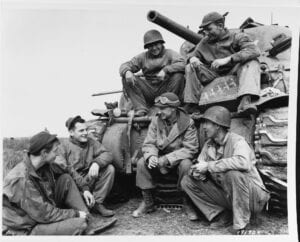 Ernie Pyle visits with a tank crew of the 91st Tank Battalion in the Anzio Beachhead, circa March 1944. 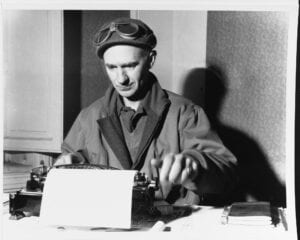 Ernie Pyle works on an article while visiting the Anzio Beachhead, March 18, 1944. 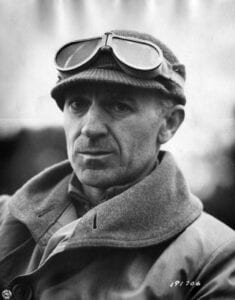