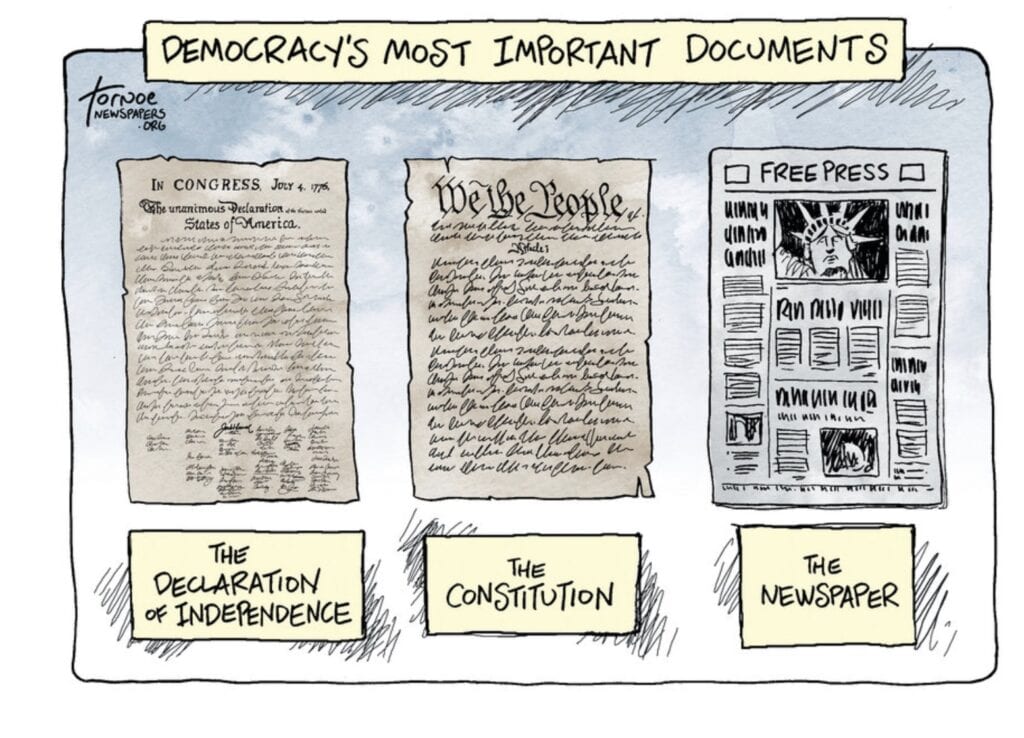 The post early last week on Democracy’s Most Important Documents — the Declaration of Independence, The Constitution and a Free Press attained a new People Reached mark for KPA — passing 20,200 Thursday morning.

There are more than 1,980 Post Engagements and more than 200 shares.

The previous mark was 14,653 about Mark Hoskins and the Manchester Enterprise initially being denied credentials to cover Vice President Mike Pence’s trip to Clay County.