The Fayette County Public Schools board on Monday unanimously voted to enter into an agreement to purchase the four-story Lexington Herald-Leader building at the corner of Midland Avenue and Main Street for $7.5 million, district officials said.

The school district plans to use the building to combine its two career and technical schools — Eastside Technical Center on Liberty Road and Southside Technical Center on Harrodsburg Road — under one roof. Both schools would close and reopen as one merged program in the Herald-Leader building, which would undergo a major renovation.

District Chief Operating Officer Myron Thompson said those moves likely won’t happen for about three years, until a new planned elementary and middle school in Hamburg and a new STEAM school for girls get underway. There is no timetable for construction for the new technical school.

The Southside and Eastside technical school buildings eventually will be used for other educational programs, he said.

Those school buildings had not been renovated in years.

“Looking forward and having a bigger vision for what a 21st century learning environment would be like for (career and technical education) programming, this particular property… made some sense for us,” said Thompson.

Thompson said the Kentucky Department of Education had tentatively approved the purchase but would have to give a final OK. The deal could be closed this fall, he said.

“We are excited to acquire and repurpose this tremendous location,” said Fayette Superintendent Manny Caulk. “The Herald-Leader has played a central role in our community for decades and we are grateful for their partnership in this endeavor.”

“We are looking not just to have the best (career and technical education) offerings in the central Kentucky region or the state; we want to make sure that the students who come through our career programs are the best prepared students in the nation,” Caulk said. “This also allows us to take the existing properties, which are landlocked and use those facilities in a different way.”

The newspaper moved into the building in 1980. 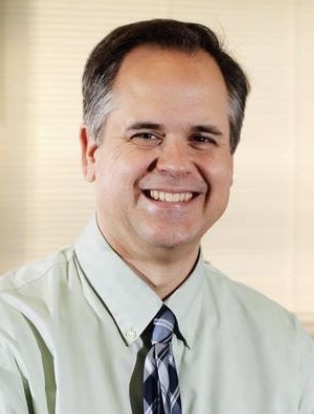 “It has always been our hope and goal that, once our building was sold, its new use would have a positive impact on the community and downtown Lexington. This new use as a school campus achieves that goal,” said Peter Baniak, Editor and General Manager of the Herald-Leader.

“The Herald-Leader’s main operations will continue to be based at 100 Midland until the property sale closes, which we anticipate happening in October, “ Baniak said. “We also expect to lease back some office space in the building from the school district for a period of no more than six months after the closing, as we begin looking for new office space in Lexington.”

The school board action represents the second time in two years that a new use had been publicly proposed for the Herald-Leader building.

In 2018, the Lexington-Fayette Urban County Council voted not to move forward with negotiations with CRM Companies, which had proposed renovating and expanding the Herald-Leader building for a new city hall.