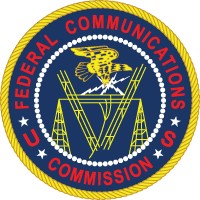 PNRC filed comments in 2017 opposing the recommendation in the original NPRM and 35 press associations signed onto the comments. PNRC and the National Newspaper Association also met with FCC staff last fall to oppose the changes.

A few observations about the FCC’s new proposal:

• The agency is still more concerned with reducing the “costs and burdens” of the broadcasters it is responsible for regulating than ensuring effective local notice. Paragraph #4 notes the FCC’s original 2017 proposal was triggered by “several parties” that “urged the Commission” to eliminate newspaper notice. The footnote for that paragraph indicates the several parties were all broadcasters. It should surprise nobody that broadcasters prefer to provide notice on their own websites rather than in local newspapers.

• The FCC misunderstands the fundamental purpose of public notice, which is to alert citizens within a particular jurisdiction about official actions. The agency thinks of it instead as a vehicle to notify individuals who have a specific interest in a particular matter. For instance, Chairman Ajit Pai (pictured below) argues that “it strains credulity that TV and radio audiences would turn to a printed newspaper instead of the Internet as their first source for information about their local broadcasters,” as if FCC notices are designed for a limited audience searching for information about local broadcasters. Pai and others at the FCC completely ignore citizens who don’t know they care about the issue until they read the notice.

• Because its conception of the audience for these notices is limited to people who already care about the issue, the FCC focuses on what it imagines as an engaged citizenry interested in reading the full text of broadcaster applications. That leads the agency to write things like this: “We propose that the content of the online notice be shorter than that required to be in newspaper publications under the current rule and that it contain a direct link to the application for which notice is being given. We believe that requiring less information is justified because a detailed summary or list of parties to the application is unnecessary when the actual application is a click away for the user.” Does the FCC also believe that large groups of computer users read the fine print of software copyright agreements before clicking the button agreeing to their terms?

• Paragraph #11 and related footnotes in the FNPRM briefly characterize PNRC’s arguments in favor of newspaper notice, including our contention that eliminating it will also reduce the online availability of broadcast notices. However, we argued that would be the result because “most newspapers already supplement their print notices by publishing them on their websites.” FCC somehow turned that into “because they will no longer be available to aggregators that compile legal notices published by newspapers.”

• In its original NPRM, the FCC suggested the possibility that it could simply eliminate all local notice requirements for broadcaster applications. That leads to a bizarre paragraph in the FNPRM in which the agency provisionally determines that, alas, it must instead uphold the rule of law: “We tentatively conclude that we are statutorily required to retain some form of local public notice. Despite the Commission’s suggestion in the NPRM to repeal (all local notice), section 311 of the Act directs that the applicant ‘shall give notice of such filing in the principal area which is served or is to be served by the station,’ and thus imposes a local public notice obligation on an applicant’s part. We therefore propose not to repeal the rule.”

• Commissioner O’Rielly appears to believe that laws requiring private parties to provide official notice of their actions may violate the First Amendment: “I have always considered it constitutionally suspect to require stations to conform their speech to a government-mandated formula and continue to have reservations over adopting (notice) text within our rules.”

• A sign of progress? In our comments responding to the FCC’s original proposal, PNRC criticized the “dismissive tone” adopted by some of the Commissioners in their personal statements. Although they still argue for eliminating such notice, the Commissioners managed to do it this time without mocking those who don’t agree with them.

The new FNPRM was issued Sept. 26. The deadline for comments is 30 days after it was published in the Federal Register.

This story was republished courtesy of the Public Notice Resource Center, a nonprofit organization that provides education and research on statutory notice in the U.S.  It was originally published at pnrc.net.