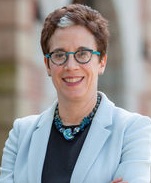 Reading public notice ads in the classifieds is about exciting as watching paint dry, but it’s necessary reading for some.

In Carmel, California, a 99-year-old woman was able to stop the bank from foreclosing on her house after someone read the notice in the local paper and shared it with her grandchildren.

After reading a county financial report in the Ottumwa Courier, an Iowa pharmacist learned that a national pharmacy chain overcharged by five times the price of medicines it supplied the local jail. His complaints led to him securing the contract instead.

Dating back to the Colonial era, public notice has served a vital role in informing people about the activities of their government. Typical public notice laws apply to public actions, such as budgets, hearings, government contracts open for bidding, unclaimed property and court actions.

But despite its historical significance and importance, public notice has increasingly come under attack. In recent years, some cash-strapped state legislatures have tried to remove the requirement that public notices be published in newspapers, opting instead to allow government entities to post them for free on their own websites.

“It would be the classic example of putting the fox in charge of the hen house,” says Richard Karpel, executive director of the Public Notice Resource Center (PNRC), a nonprofit organization that serves as a clearinghouse for information about public notice legislation.

In 2018 alone, the PNRC tracked about 160 separate bills. About a dozen of them, if passed, would have either eliminated public notice from newspapers altogether; many others would have eliminated it in limited circumstances. Fortunately, most of the bills failed, due to the intense lobbying efforts of state newspaper associations.

Advocating to retain public notice “has become a big part of the job,” says Mark Maassen, executive director of the Missouri Press Association.

This past year, the Missouri Press Association successfully fought three-anti-public notice bills that worked their way through the state legislature. The most serious of the bills, SB 580, would have eliminated public notices in newspapers altogether.

The association found its biggest allies among legislators in rural areas, where internet access is limited and local newspapers still have a strong presence. “Small rural communities still rely very much on the local newspaper for their news,” Maassen says.

A primary argument against public notice is that it costs taxpayer money to place the ads in newspapers. And, in fact, with the decline of commercial advertising, public notice advertising has become an increasingly important source of revenue for local newspapers, especially in smaller markets.

At the Morgan Messenger, a weekly newspaper in Berkeley Springs, WV, public notice ad revenue helps pay the salaries of its staff. “We couldn’t give the public the news they want without it,” says executive editor Sandy Buzzerd.

Last year, Missouri newspapers made nearly six million dollars in public notice advertising when a number of ballot issues were up for a vote in the November midterm elections, including three medical marijuana initiatives. Those bills alone resulted in 11 full pages of legal notices that ran for four consecutive weeks in some newspapers. It was the biggest public notice buy in memory, says Maassen.

But that kind of money is the exception, rather than the rule. Karpel says that public notice advertising is actually not a big-ticket item for state and local governments. “It’s a drop in the bucket compared to what they spend elsewhere,” he says. “It’s a disingenuous argument.”

Karpel says there’s often a personal motive behind the opposition to public notice. “It’s often prompted by politicians who want to stop the journalism they don’t like.” He points to anti-public notice efforts in New Jersey and Maine, spearheaded by governors Chris Christie and Paul LePage respectively—two politicians with a notoriously testy relationship with reporters.

Another argument against public notice is that it’s no longer needed today, when everyone has a cell phone and should be able to access notices on government websites.

But Karpel says cell phones are a “terrible” vehicle for public notices, which tend to be text heavy and hard to read on a small screen. Plus, people often find notices by accident, while scanning the newspaper for other information. “Reading a newspaper is a serendipitous process,” says Karpel. “It encourages people to find notices that would get lost on the web.

While politicized criticism of the news media in the “fake news” era may be fueling some of the anti-public notice sentiment, Karpel says it’s not necessarily a partisan issue. “You’d think public notice is most threatened in Red states, but in fact that’s not always the case,” he says. For example, there is strong support for it in Republican-dominated states that have rural constituencies, including many states in the South and Upper Midwest.

An advantage of public notice is that it can protect the government from its worst instincts. That’s because newspapers provide a neutral third-party source of information that government entities don’t necessarily want the public to see, which can ultimately backfire.

The Michigan Department of Environmental Quality (MDEQ) found that out the hard way. In 2016, the MDEQ was allowed to post exclusively on its own website its draft approval of a proposal that would allow Nestle Waters to pump more groundwater from public wells. The proposal attracted no public attention or comment, until a Grand Rapids reporter wrote a story about it—41 days into the 45-day public comment period.

Within three days, the MDEQ received thousands of comments, forcing the agency to extend the public comment period and schedule public hearings. Eventually, the proposal received more than 80,000 comments, and the agency’s director publicly admitted they made a mistake in limiting the notice to their website.

“People don’t understand what public notice is supposed to do,” says Steve Key, executive director of the Hoosier State Press Association. “It’s not just making information public. It’s actually putting the notice in the hands of the people.”

While newspapers may still be the best venue, they also have an obligation to make public notices as widely available as possible. More than a dozen states now require that newspapers also publish them on their websites or on state press association sites that aggregate notices. And some associations, like Missouri’s, are doing it without a legislative mandate. “It’s a way to answer critics, who say newspapers are still living in the buggy whip era,” says Maassen.

To date, every state still requires the bulk of public notices be published in newspapers, but that right may be taken away as state legislatures continue to chip away at it.

Just last month, in a preview of the West Virginia legislative session, State Senate Finance chairman Craig Blair announced that he plans to introduce a bill that would begin the process of removing public notice ads from newspapers.

If that were to happen on a wide scale, the public would ultimately suffer. “The loss would be transparency,” says Karpel. “People would know a lot less about what’s happening with their government if public notice were removed from newspapers.”