Fittingly, and coincidentally, 2019 now the Year of the Student Journalist

While KPA was in Louisville for the 150th Anniversary Convention and 2018 President Peter Baniak was celebrating the Most Valuable Members, coincidentally a national effort got underway to recognize students journalists.

The Student Press Law Center, the Freedom Forum Institute and the Newseum have joined together to make 2019 Year of the Student Journalist. The Most Valuable Member was presented by President Peter Baniak during the convention to 12 Student Publications that are members of KPA/the Kentucky Intercollegiate Press Association (See related story in On Second Thought).

SLPC, the Freedom Forum Institute and Newseum have been notified of Peter Baniak’s honor bestowed on all students journalists by naming them the Most Valuable Members of KPA for 2018 and will make the presentation part of its celebration of student journalists. You can read the story on Year of the Student Journalist below. 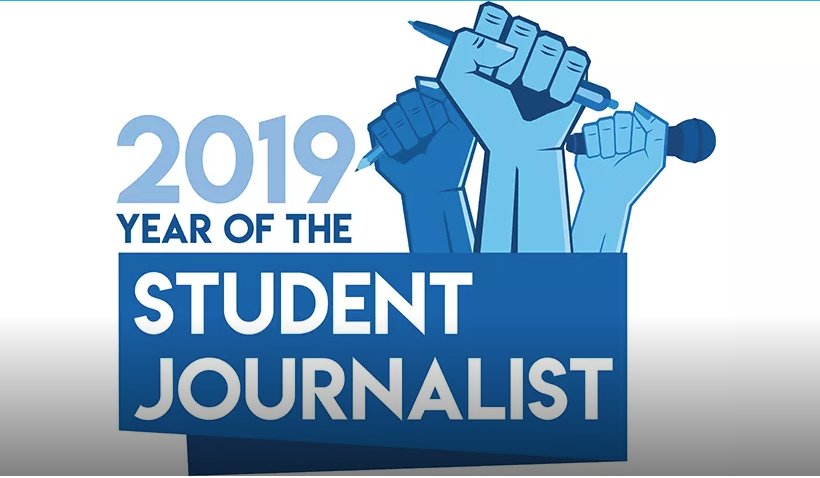 Year of the Student Journalist