As was mentioned last week, The Eastern Progress Media Network has added a public relations office where students can work in advertising sales, campus engagement and development and fundraising. In addition to the opening of the public relations office, the Progress opened podcast and video studios adjacent to the publication office in the spring and fall semesters of 2018, respectively. I overlooked the two photos that were sent so am using them this week to show you the Podcast and Mini-Video Studio. 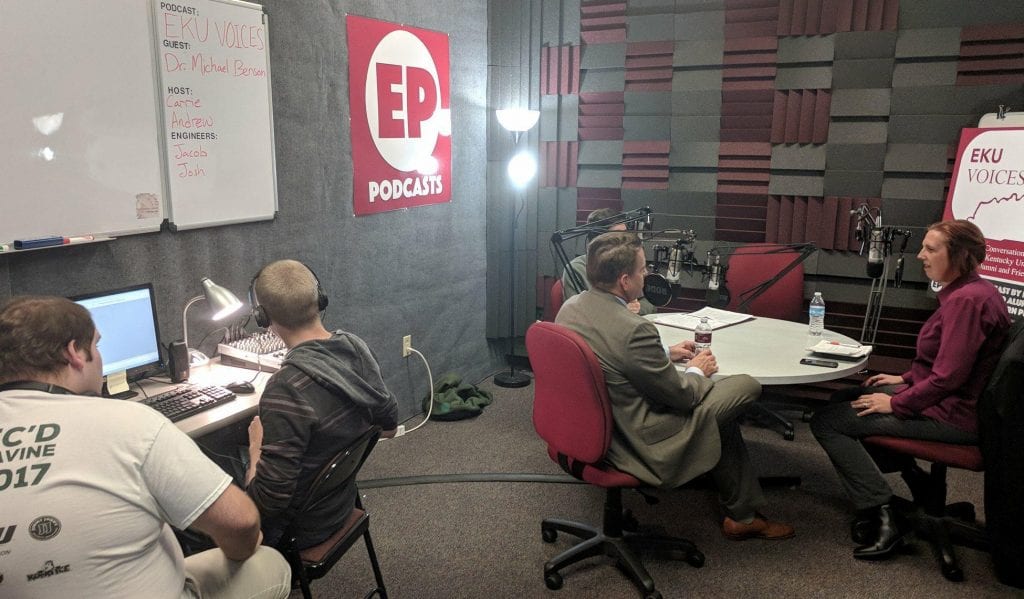 The Eastern Progress also added a Podcast Studio to its production capabilities in 2018. 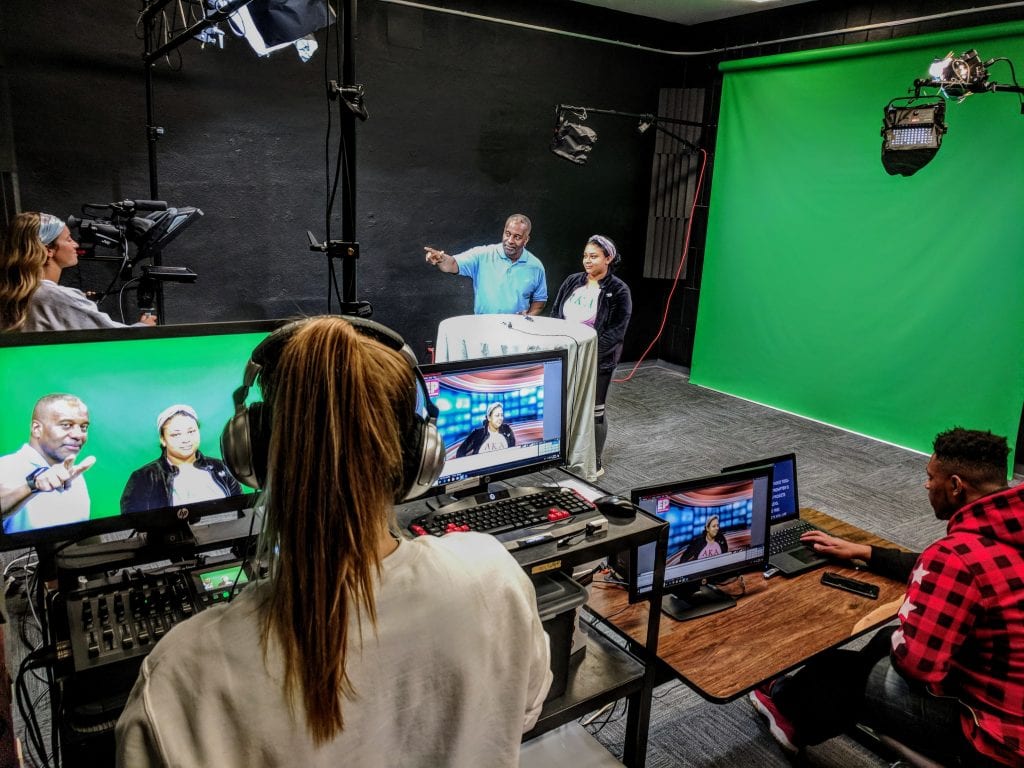 This is the mini-video studio that has been a welcomed addition to the Eastern Program Media Network system.