Forming a community advisory board for your newsroom 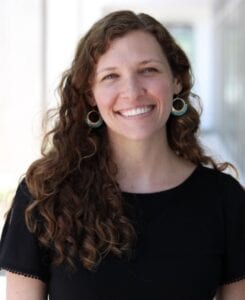 On May 31, as protests over the death of George Floyd at the hands of Minneapolis police swept the nation, staffers at the Long Beach Post in Long Beach, California, watched as some demonstrations in their own city turned violent. By the following morning, 170 businesses in downtown Long Beach had been damaged or looted, including the building where the Post’s offices are located.

But as the sun rose over the downtown area, people started showing up to clear away the debris and repair the damages. By the end of the day, more than 2,000 volunteers had helped with the clean-up, said Long Beach Post Publisher David Sommers.

Watching this response from the community made Sommers decide to act on an idea he and his colleagues had been mulling for months: forming a community editorial board. The board, Sommers wrote, would bring new and different perspectives to the Post’s coverage, not only calling attention to wrongs in the community but also tapping into that same spirit that led 2,000 people to show up for their neighbors in a troubled time.

Community advisory boards are one way to start more of your journalism from a place of listening.

Stephanie Castellano is the editorial manager for API. She helps shape API’s editorial direction and produces API’s daily newsletter, Need to Know, which offers fresh, valuable insights for journalists, news executives, researchers and other media stakeholders. Previously, Stephanie was the communications manager for the Newseum Institute, the education and programs arm of the Newseum in Washington, D.C., where she produced a weekly newsletter on press freedom and other First Amendment rights that the Institute is working to advance. Stephanie has also worked as a writer and editor for the Association for Talent Development, a nonprofit dedicated to developing professional talent; and has reported on food and agriculture issues for The Christian Science Monitor, Civil Eats and Next City.