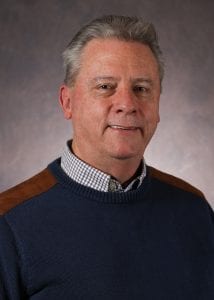 ForwardKY publisher Bruce Maples has been making articles from ForwardKY available to newspapers, after KPA shut down the Kentucky Press News Service. Bruce isn’t bashful about his support for journalism, especially journalism in Kentucky. In an email to newspapers about some of the story offerings he was making available from his publication, he shared a promotion encouraging his own readers to support the state’s journalists and media outlets.

Here’s a part of his plea to his readers and he included Daily, Weekly and University Newspapers listings from the KPA directory to give readers an option of which one(s) they want to support.

The Subscriptions and Memberships Page

We are adding this page to our site to make it easy for our readers to support our state’s journalists and media outlets. Included are public radio stations (who exist largely on donations and memberships), KY Center for Investigative Reporting (ditto), and the state’s two large-audience newspapers, the Courier-Journal and the Herald-Leader. We’ve also included links to the lists of newspapers at the KY Press Association. And last but certainly not least, we’ve included our own membership page.

We urge you to pick one or more of these outlets to support. In these days of disinformation, we need sources we can trust. The more financial support these outlets get, the more resources they will have to put toward getting the right story AND getting the story right.

Newspapers have been struggling for a while, and especially since Facebook and Google vacuumed up most of the advertising dollars. While most broadcast outlets do not rely on subscriptions, newspapers do. And, your local newspaper is an important source of local news, including news that is too long or complex to fit into a newscast from another city — as well as being an important transparency check on your local government. So, find the subscription page for your local newspaper, and subscribe.