From the Butler County Banner to Australia, the United Kingdom and beyond 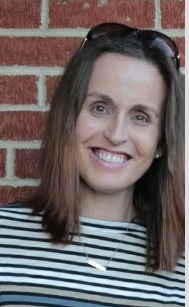 When Butler County Banner/Green River Republican editor Melissa Mudd went to cover the Morgantown City Council on March 1, it’s doubtful she had a thought of how far her reporting would reach.

Even though it was a special-called meeting, Melissa might have expected it would result in little more than the usual reporting. But like any good reporter, Melissa was prepared to video the meeting and decided to post it on the Banner’s Facebook Page. You could imagine the video would be viewed beyond the Butler County line.

But no one, not even Melissa, could have imagined it would stretch to other continents. Yet that’s exactly what happened. The video showed Shelby Wilcox who suffers from Dravet Syndrome. Her mother shared Shelby’s story before the Morgantown City Council but with little reaction. And it didn’t take long before advocacy groups in Australia and the United Kingdom were sharing Melissa’s video and Shelby’s story.

Here is the link to the video.

Here’s more from Melissa about the meeting and the resulting coverage:

Shelby Wilcox suffers from Dravet Syndrome. It is a rare genetic dysfunction of the brain. Kristin, her mother, shared Shelby’s story during the March 1 special-called meeting of the Morgantown City Council. The reason for her visit was to ask for the city’s support in the state passing the legalization of medical marijuana for patients such as Shelby. The video I made of Wilcox was so successful that the video has already been shared by advocate groups in Australia and the UK.

Butler County resident Kristin Wilcox went before the Morgantown City Council this past week to ask for a resolution to be drawn up in support of medical cannabis. The council heard her plea, but the recommendation was shot down. No action was taken.

Wilcox’s daughter Shelby hasn’t had the easiest life thus far. She has struggled with sporadic seizures varying in different degrees of severity. What has lessened the 12-year-old’s pains has been participating in a medical trial of CBD through the University of Louisville. That trial will eventually come to an end though, hence why the urgency is there to get a bill passed by the state for the legalization of medical marijuana. All Wilcox was asking is for the city be in favor of helping get the bill passed. The resolution would work in Wilcox’s favor.

According to Wilcox, if a resolution isn’t the most optimal she said a letter could be sent to Frankfort to say we support people and their fight.

She added, “in no way does this legalize marijuana and bring it here.”

The council didn’t have much to say on the matter. No formal action was taken and the topic would not be revisited.

Melissa Mudd, Editor for the Butler County Banner and the Edmonson News