From the newsroom into politics 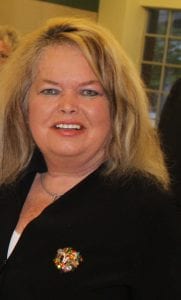 To get into politics or not? That’s an issue that some newspapers have policies against, not allowing employees to hold a government office while working with the newspaper. Then again, there are those that don’t have such a restriction. Some Tuesday election results show that to be the case.

Pamela Hoots, staff writer of the Adair Progress in Columbia, will continue in politics with her win Tuesday, being elected as Mayor of Columbia. She previously held that office, the first woman mayor of the Adair County county seat. That was back in 1990 when she was in human resources, not the media. She is also president of the Columbia/Adair County Chamber of Commerce. Her campaign emphasis included transparency and efficiency in government, revitalizing downtown Columbia and explore expanding the infrastructure of the Adair County town. And there will be another newspaper person participating when the Columbia City Council meets. Linda Waggener with ColumbiaMagazine.com, won another term for that office. Since Pam has been on the Columbia City Council the last two years she and Linda have been serving together on that board.

Morgan McKinley, reporter/photographer/and pretty much anything-else-guy for the Providence Journal Enterprise, won the race for Webster County Jailer. He unseated Terry Elder who has held that seat since 2006. Morgan has been with the Journal Enterprise since 2015 in his current capacity. Before that he was owner and operator of a Cuff’d publication here in western Kentucky. He began his newspaper career right out of college (WKU) in the early 1990s. He worked at the J-E for several years before moving to The (Madisonville) Messenger. In the early 2000s he left media and went to Brescia to study education. He worked as a teacher for several years before getting back into the media.

Dakota Young has been a part-time reporter for the Times Leader in Princeton for a couple of years. He was elected to city council two years ago and was elected Mayor of Princeton on Tuesday.

Stan McKinney, longtime photographer for the Central Kentucky News Journal and now journalism professor at Campbellsville University, won another term on the Campbellsville City Council, finishing third in the balloting Tuesday. This will be Stan’s eighth term as a member of the Campbellsville agency.

Of course, there are other examples of newspaper folks getting into politics, either when with the newspaper or right after.

• Steve Austin, a KPA Past President and long-time publisher of the Henderson Gleaner, has served a few terms as Mayor of Henderson and Tuesday won another term with a 5,437 to 2,513 win

• Evelyn Boone was Mayor of Elkton after she sold the Todd County Standard. Evelyn and her husband Ben, who is also a KPA Past President, served terms on the Elkton City Council. And they were instrumental in getting the West Kentucky Press Association started

• Tony and Regina Catlett say their parents both served in politics. Writes Regina, “My dad (Reginald) served on the Sebree City Council in the early 70’s; Mom (Betty Catlett) served on the Webster County Board of Education for a four year term 68-73 I believe

• Former Maysville Ledger Independent publisher Bob Hendrickson threw his hat into the ring for Maysville City Commission but finished fifth. The top four candidates were elected to the commission

• Before he was publisher of the Kentucky New Era and while he was sales manager of the Christian County daily, Taylor Hayes, another KPA Past President, served five years on the Hopkinsville City Council. He says that likely will be his only stint into politics.

• Back when he owned and operated the Russell Register, in the late 1990s and early 2000s, Wade Daffron served two terms on the Jamestown City Council.

• KPA Past President Alice Rouse retired a few years ago as publisher of the Murray Ledger and Times and then decided to enter the political arena. She won a term Tuesday with city government, getting elected to the Murray City Council. She was sixth among the top 12 vote getters.