It didn’t take long for a front page effort by about two dozen newspapers in the United Kingdom to make its rounds in the U.S. Press associations across the country were sharing links to the effort and soon newspapers took notice.

Step in Carol Daniels, the colleague at the Tennessee Press Association, who offered to get the same type project done for her papers — and ours — with the design by the Chattanooga Times Free Press.

The artwork arrived Thursday afternoon and we immediately did a re-design and made it available to all Kentucky newspapers.

The top part was retained but where Carol had a story about Tennessee newspapers, we replaced it with Peter Baniak’s story about what Kentucky newspapers are doing.

So that the message gets out about the same time, we’ve asked daily newspapers to publish it on Monday with weeklies using it this coming week as well.

We gave Kentucky newspapers the option that if they don’t want to use it as a front page — and it’s possible they won’t — then make it into a full page ad. However it’s used, the important thing is to get the message out. 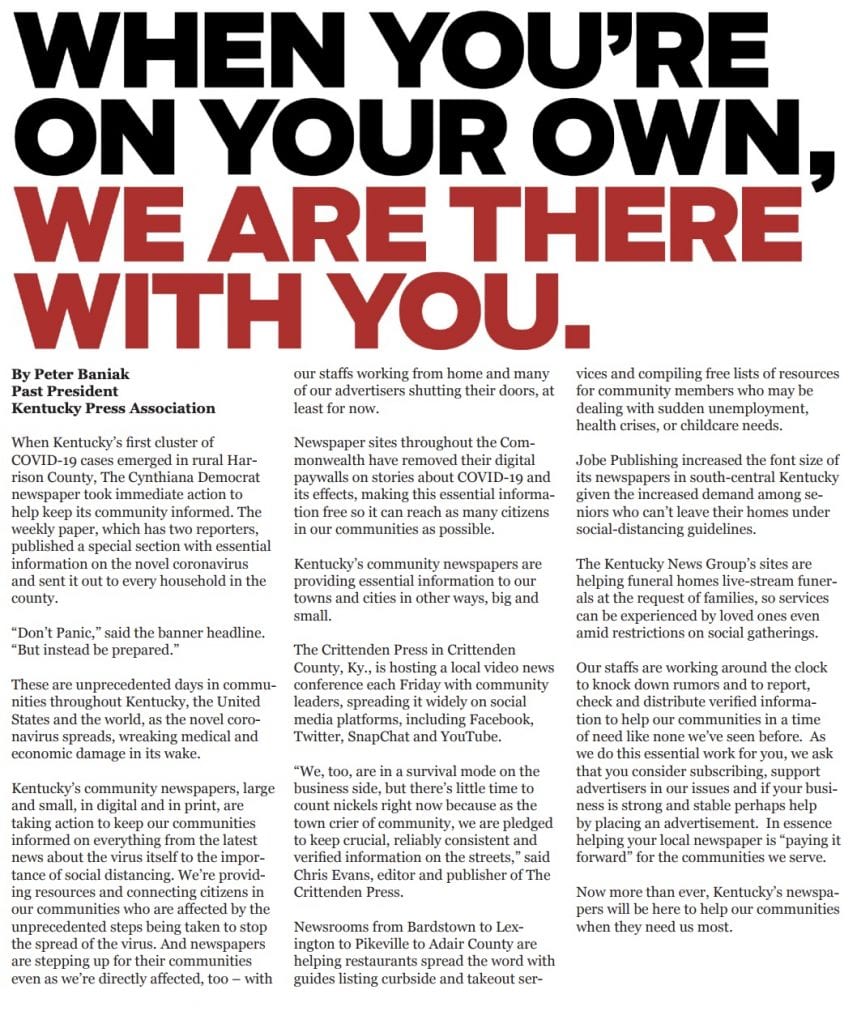