Ft. Campbell Courier shouts out about its awards

Lest there be questions, the Fort Campbell Courier went to Twitter to shout out about the KPA contest awards it received for the 2016 competition. Those were the awards presented during the 2017 KPA Convention. 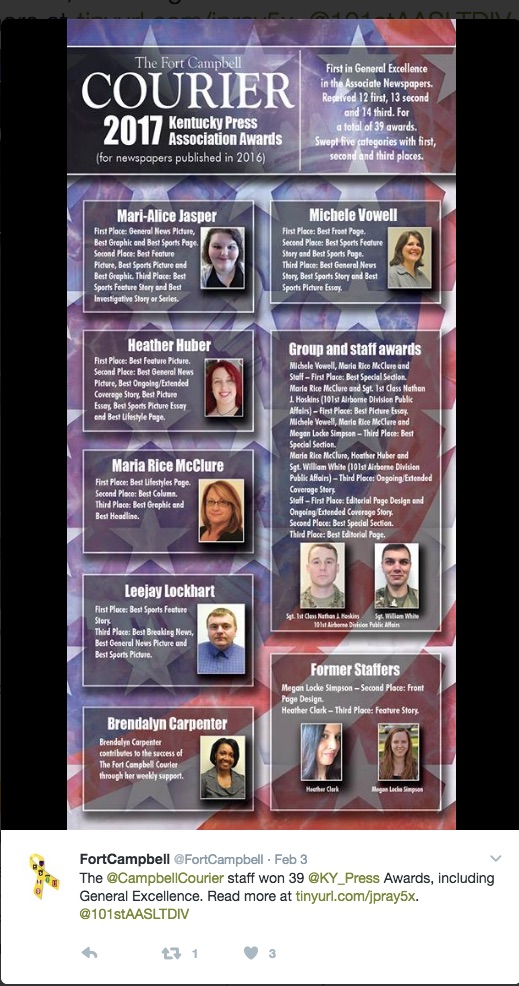