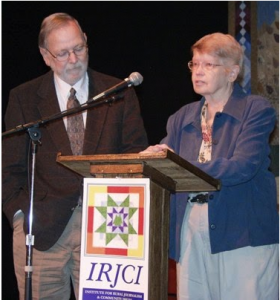 Please note there has been a slight change from previous mentions of the awards honoring Tom and Pat Gish and Al Smith. The original deadline of Sunday, April 1, has been changed to Monday, April 2, because of Easter Sunday. And there’s still a little time to make nominations for either award.

The Institute for Rural Journalism and Community Issues is seeking nominations, with a deadline of April 2, for its two annual awards: