The KPA/KPS Board of Directors will have two more new members in 2017.

Josh Smith, editor of the Three Forks Tradition in Beattyville, which is owned by his family, will be representing District 10. He is filling an unexpired term and will serve through the January 2019 KPA Convention. 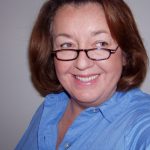 The Board will also be welcoming a new Journalism Education Representative as Al Cross’ two-year term ends in January. Deborah Givens, vice chair of the Faculty Senate at Eastern Kentucky University, has been on the journalism faculty at EKU since 2006.

Deborah’s journalism career began in 1974 as an editor with Al Smith Communications, Inc. In 1982, Deborah and her husband, Roger, founded The Butler County (Ky.) Banner and later purchased The Green River Republican, combining the newspapers. They sold the Banner publishing company in 1998.

She serves on the board of directors of the International Society of Weekly Newspaper Editors and just completed a term as Region 5 Director and National Board Member of the Society of Professional Journalists.

At EKU, Givens serves as Vice Chair of Faculty Senate and co-president of the American Association of University Professors.