Glasgow Daily Times reunion ends with ‘Let’s do it again’

Current and former staff members of the Glasgow Daily Times gathered last weekend for a reunion. The idea came to the group as some gathered a few months ago for the visitation and funeral of former GDT editor, Joel Wilson. Several did comment on the sadness they felt without Joel being present.

Newsroom group (top photo) is (from left), reporter Gina Kinslow (who coordinated the reunion and is still at the GDT), former sports editor and later managing editor James Brown, Layne Bruce who was GM and editor and is now executive director of the Mississippi Press Association, news editor Lisa Strange (still there), former news editor Connie Pickett, and CNHI capital correspondent Ronnie Ellis, who was a reporter at the paper for many years.

So how did the group feel about the reunion? “We had a ‘large time’ and are already talking about doing it again.” 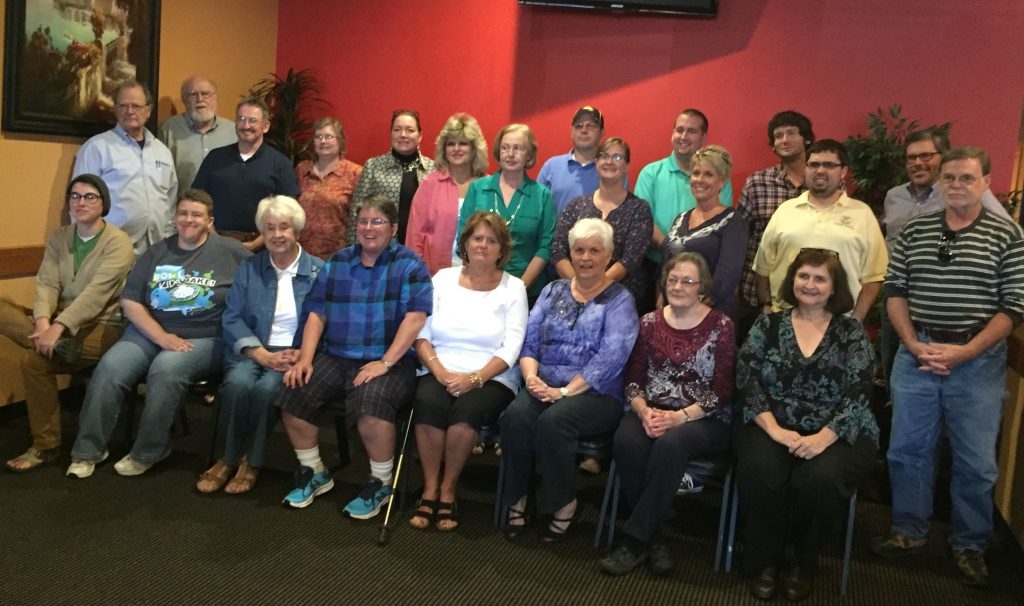