With Carrie Dillard, news editor of The Paducah Sun coming on the KPA Board as a State At-Large member, I expect to be getting a lot of “assignments” from her. After all, my job description states, “And any other duties as assigned by the KPA Board.”

But I don’t mean assignments as executive director. 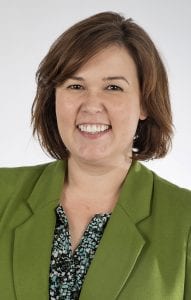 Earlier this week, Carrie sent in a request for some media passes for The Sun’s staff. I had to do a double take on one of them. It was for Dave Thompson.

Hard to believe there’s another Dave Thompson in Kentucky, especially in KPA. Not really, it’s a pretty common name, I know. Years ago, I was getting some strange emails from another state press association — Oklahoma, I think — and when I asked about it, I was told the email was meant for David Thompson who was a publisher of one of the newspapers in that state.

Carrie said she realized both of us Thompsons had email addresses that begin dthompson@ so she would have to be extra cautious. She uses ‘Autofill’ on her computer, letting that do the thinking for her.

Well, care with the autofill system didn’t last too long. The next day, Carrie sent an email that read:

“I need you to cover this. Ryan will take art.”

It was an assignment to cover an event with Academy Sports + Outdoors in Paducah about a bike donation program.

Then later came this from Carrie: “Sorry about assigning you a story earlier today. I warned you that might happen. lol.  I’ll try to do better.”

Here’s hoping that one of us Dave/David Thompsons don’t miss an assignment from Carrie.