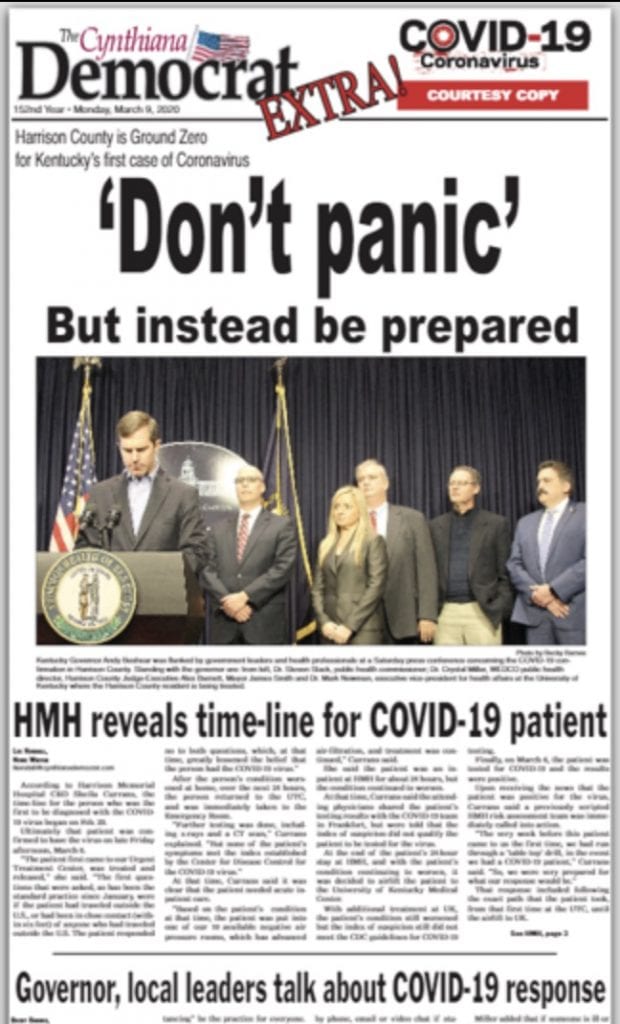 At one of his early press conferences on the coronavirus situation in Kentucky, Gov. Andy Beshear and Harrison County Judge Executive Alex Barnett took time for a “show and tell” about the Cynthiana Democrat. Harrison County had the first reported positive test for coronavirus and as soon as the news was announced, the Democrat went on the press with a special edition.

That special edition was the brainchild of editor Becky Barnes as she returned from the Capitol with Barnett and Cynthiana Mayor James Smith. She said she remembered the Democrat doing something similar when a flood ravaged the downtown area several years ago.

So they explored the idea of this special edition and wanted to get it in every mailbox Monday morning. The Democrat staff worked through the weekend to get the four-page special edition written, laid out and printed so it could get to the post office in time to make Monday’s delivery. 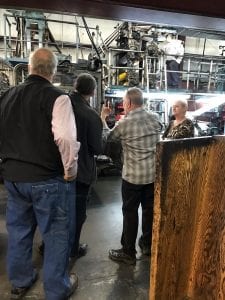 Harrison County Judge Executive Alex Barnett and Cynthiana Mayor James Smith, with backs to the camera on the left, listen as plant manager Josh Guthrie talks about the press run on the Cynthiana Democrat’s special edition. At right is Democrat editor Becky Barnes who came up with the idea of a special edition. It was sent to every household in the county soon after the governor announced Harrison County had the first two coronavirus cases in the Commonwealth.