Governor to speak at 150th Gala 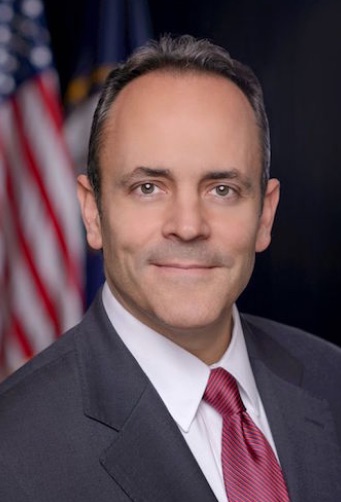 Gov. Matt Bevin has accepted an invitation to speak during KPA’s 150th Anniversary Gala. The gala is scheduled for Thursday, January 24, at the Marriott East in Louisville, site of KPA’s 150th Anniversary Convention. The event includes a Silent Auction that begins late afternoon, a reception at 6, dinner at 7 and the festivities beginning at 8 p.m. The evening ends with one of Kentucky’s most outstanding bands, Superfecta, performing 9 to 11 p.m.

Dinner will follow a welcome by 2018 KPA President Peter Baniak and an invocation by KPA Past President Chip Hutcheson. After dinner, Peter will introduce all KPA Past Presidents in attendance and the KPA Board of Directors. After remarks by Governor Bevin, National Newspaper Association executive director Lynne Lance will also make remarks and congratulate KPA on its 150th celebration. Then we’ll enter the “Changing of the Guard” when Peter Baniak will turn over the gavel to 2019 KPA President Jay Nolan.