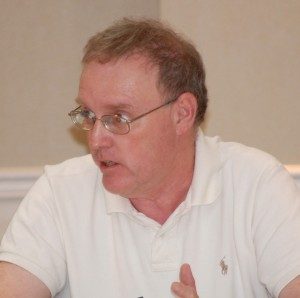 A couple of weeks ago, I wrote about Mike Scogin and the Georgetown News Graphic and its approach to publishing public notices. I got the opportunity to mention the News Graphic at the Newspaper Association Managers Legislative Conference earlier in December.

Richard Karpel, head of the Public Notice Resource Center (PNRC), moderated the session and toward the end, asked if any of the press associations have a newspaper doing a really good job of how it publishes public notice. I was the only one to offer an answer and told them about Mike and his newspaper.

Richard interviewed Mike recently and sent out a story for PNRC on Mike’s reasoning and how the public and public agencies have reacted. Here’s a link to that story (click on the headline to access the URL):

Richard will also be doing a story in Publisher’s Auxiliary, the publication of the National Newspaper Association.