Chuck Stinnett, Special to The Gleaner 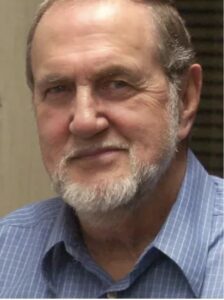 Ron Jenkins, the Hall of Fame editor who made The Henderson Gleaner the most award-winning daily newspaper of its size in Kentucky, died early Monday at The Heartford House hospice facility in Owensboro.

While inextricably known as a newspaperman, Jenkins is also remembered as a talented athlete, an early fighter for civil rights, a friend of the disadvantaged and an advocate for his community.

“Man of the people,” his longtime boss Walt Dear, former publisher and owner of The Gleaner, said of Jenkins.

“I could write a book about my relationship with Ron Jenkins,” his longtime friend and former city commissioner Mike Farmer declared.

Ronald Edward Jenkins was born in Henderson on July 18, 1938, and was raised largely by a single mother.

Jenkins began his newspaper career as a high school freshman, calling in sports scores to the Gleaner-Journal.

In 1956, an 18-year-old Jenkins hitchhiked from Morganfield to the old Gleaner-Journal office at 212 N. Elm St. for his first job interview. Publisher and Editor Francele Armstrong hired him on the spot as her sports editor. Before long, he was writing a regular sports column called Hi-Jenks.

“Everybody read Hi-Jenks,” friend Mike Herron said. For many, Hi-Jenks became his nickname.

For the next 50 years, with occasional absences — to attend Murray State College and for short stints at other, larger newspapers — The Gleaner was his work home. “He loved The Gleaner,” Sights said.

There was one other notable absence. Jenkins got a tryout with the Pittsburgh Pirates, which gave him a minor league contract with the Kingsport (Tennessee) Pirates in the lowly Appalachian League. Austin said Jenkins’ speed made him stand out at that tryout.

According to the website baseball-reference.com, the year was 1961. He never forgot the experience, although his performance wasn’t memorable; he played in six games and got four hits before, Jenkins said later,  he broke a leg sliding into a base, ending his professional baseball career.

So it was back to newspapering,

“I always thought he should go to a bigger paper,” Sheffer said. And Jenkins did, with stints at newspapers in Evansville, Owensboro, Louisville and Northern Kentucky. But he always came home.

That was cemented in 1963, when he was working as sports information officer for Pepperdine University at its then-campus in Los Angeles. He came home for a visit, stopped by the Gleaner-Journal office and was introduced to a woman named Judy Greenfield.

“I was smitten, and Southern California suddenly lost its allure,” Jenkins wrote in his final column in late 2015, years after retiring from full-time work. “Within a year, I was back home, we were married, and four children (Jodie, Shane, Jennifer and Josh) and nine grandchildren followed.”

A tenth grandchild has since been born.

By 1972, Jenkins was working as editor of The Gleaner-Journal (which dropped the “Journal” on April 28, 1973, and became simply The Gleaner) and, aside from a couple of absences, he would remain so for more than 30 years.