Harvard Law Professor: Public notices should never be published exclusively on the Internet 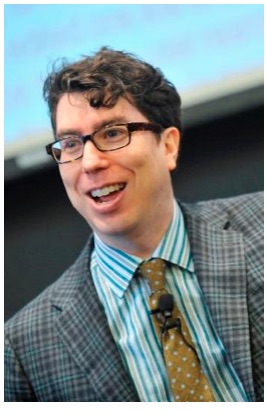 There’s no question that public notice ads should be displayed on the internet. That’s why 15 states have passed laws requiring newspapers that publish notices in their print edition to also run them on their website and/or on their state press association’s statewide public notice site.

After all, notices are designed to be read and lots of people read stuff on the internet.

However, without intending to do so — he had a broader point in mind — internet scholar and Harvard Law School professor Jonathan Zittrain (pictured above) published an article last week in The Atlantic that explains why the internet should never be the exclusive domain of public notice. “The Internet is Rotting” makes it clear that it would be a mistake to rely only on the ephemeral web as the sole publication point for statutory notice even if there were no newspapers left to publish them in.

As Zittrain’s essay notes, there are advantages and disadvantages to the way the internet has developed. The disadvantages are especially acute in the case of official government records.

The primary threat in the case of public notice is the potential elimination of the historical record they represent.

The relative inviolability of newspapers has long been an essential element of their role as heralds of public notice. Their archival capacity helps to ensure published notices will be available for future use by the judicial system, researchers and historians.

Zittrain cites as examples two studies in which he participated. In the first study, conducted in 2014, researchers focused on “documents meant to endure indefinitely”. They found that nearly half the links embedded in U.S. Supreme Court judicial opinions since 1996, and 75 percent of those in the Harvard Law Review, were broken. The documents  behind those links had either changed since their original publication or disappeared entirely.

If the New York Times, the U.S. Supreme Court and Harvard Law School can’t manage to keep the data on their websites fresh, how do you think state and local governments will handle the task?

Bottom line: Public notices posted exclusively on government websites — or on any other kinds of website — will almost certainly disappear within a few years after they are published, lost forever to history.