Check the personnel listing of the weekly newspapers that are members of KPA and you’ll often find the same person listed as publisher and editor. And maybe ad manager as well.

In other words, it’s not unusual for a person to hold two titles, or more, with a weekly newspaper.

But for daily newspapers, that’s not the case. Typically. I don’t know I could tell you the last time the publisher of a daily newspaper was also listed as the editor. 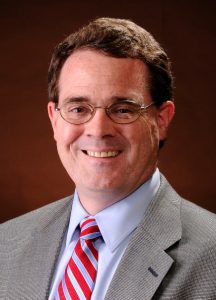 But there is one now and congrats to KPA Past President Taylor Hayes who recently was appointed editor of the Kentucky New Era in Hopkinsville. Taylor has been publisher of the Christian County daily for some 20 years.

The action came during a meeting of the corporation’s shareholders.

At that meeting, the shareholders also appointed Chuck Henderson as chairman of the board who will oversee the day-to-day operations. Henderson had previously served as president and general manager of the New Era. Sheryl Ellis was named general manager earlier this year.

The shareholder board did announce that it will create a new position — managing editor — to help Hayes in the day-to-day news duties.