Oldham Era publisher Jane Ashley Pace has named Andrew Henderson as the newspaper’s new editor. The announcement was made this week in a column by Andrew. 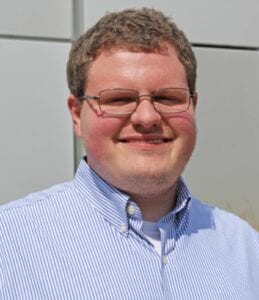 “Originally from the hills of Eastern Kentucky,” Andrew started his journalism career at Western Kentucky University’s student newspaper, the College Heights Herald. He joined the staff of the Herald during his first semester, fall 2014, as a features reporter. Andrew went on to hold the positions of assistant news editor, features editor, opinion editor and editor-in-chief for the 2017-2018 academic year.

Andrew broadened his journalism interest when heinterned at the Lexington Herald-Leader in the summer of 2016 and the Louisville Courier-Journal during summer of 2017.

He joined the Oldham Era as a reporter in October, 2018.

He is a graduate of WKU, and the WKU Mahurin Honors College and has a Bachelor of Arts in Communication Studies and a minor in Citizenship & Social Justice. For the Honors College, Andrew completed a thesis which examined the roles of journalists in human rights movements that passed with distinction. While at WKU, he was also a member of Lambda Pi Eta and Omicron Delta Kappa.