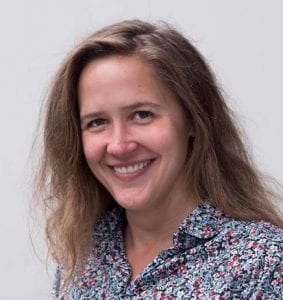 Alex Acquisto, a native of Owensboro and graduate of Western Kentucky University, will be joining the Herald-Leader/kentucky.com in June

Kentucky native Alex Acquisto will join the Lexington Herald-Leader staff in June to cover health and social services for the news organization as part of a nationwide project called Report for America.

The program places talented emerging journalists into local news organizations to report for one to two years on under-covered issues and communities. Acquisto is one of 61 journalists, referred to as “corps members,” selected from a pool of nearly 1,000 applicants by Report for America in 2019.

“A devoted public health and social services reporter is something the Lexington Herald-Leader has lacked for a while, and I’m flattered at the opportunity,” Acquisto said. “It’s a crucial beat for Kentucky, in no small part because it involves covering one of the state’s largest departments as it grapples with a Hepatitis A outbreak, an opioid epidemic, and a record number of children in its foster care system.”

The 2019 Report for America corps includes 50 newly selected journalists and 11 current corps members who will continue their service for a second year. The nonprofit has a goal of helping fund 1,000 reporters by 2023.

Among the 11 returning corps members is Will Wright, who reestablished the Herald-Leader’s Pikeville bureau in January 2018.

Report for America leverages a unique funding match model, paying half of a corps member’s salary, while encouraging and supporting its local news partners to contribute one-quarter and local and regional funders to contribute the final quarter.

The Blue Grass Community Foundation is funding one-quarter of Acquisto’s salary. Wright’s salary is subsidized by the Galloway Family Foundation.

“We’re excited to continue this important work with Report for America, and thrilled to welcome Alex to Lexington,” said Peter Baniak, editor and general manager of the Herald-Leader. “We’re also grateful that the Blue Grass Community Foundation has agreed to help support more local journalism on these critical community issues.”

Acquisto’s reporting will focus on Kentucky’s health problems, expose flaws in the state’s social services programs, give voice to people struggling to care for themselves and their loved ones, and offer potential solutions to problems that have plagued the area for a century.

“As a native Kentuckian returning home after living away for a decade, I’m eager to highlight the experiences of affected Kentuckians through my reporting, and to hold systems who dispense services accountable,” she said.

Acquisto spent her childhood in Owensboro and graduated from Western Kentucky University in December 2010 before studying at the Salt Institute for Documentary Studies in Portland, Maine. She has been a reporter for The Bangor (Maine) Daily News since December 2016, first covering the state’s lobster and tourism industries on the midcoast, then leading the paper’s metro coverage in Bangor, before finally reporting on Maine politics in the state capital.

She has uncovered problems with the legislature’s mandatory sexual harassment training that led to the ousting of its trainer, and her reporting on the deaths of children in Maine prompted a legislative investigation into the state’s over-burdened child services agency.

She previously worked at The Forecaster in Falmouth, Maine, and the Kennebunk Post in Kennebunk, Maine.

Her work has earned her several first place awards in education, news analysis, and law enforcement reporting from the Maine Press Association. Acquisto first spent time in Maine as a canoe instructor and returned to study writing.

Corps members will attend Report for America’s intensive training in Houston, Texas in June, followed by the Investigative Reporters and Editors Conference before joining their newsrooms to launch their first year of service.