From the Lexington Herald-Leader 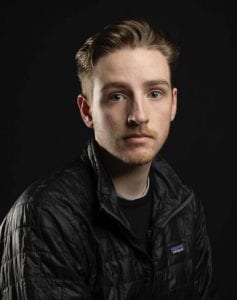 Visual journalist Silas Walker will join the Lexington Herald-Leader staff to cover rural Kentucky as part of a nationwide deployment of journalists through Report for America.

Report for America is a national service program that places journalists in local newsrooms to report on under-covered issues and communities through its reporting corps. It is an initiative of the nonprofit news organization The GroundTruth Project.

Starting in June, RFA will place 225 journalists in 162 newsrooms around the country, an expansion over the 59 journalists placed in the previous year.

Walker worked as a visual journalist during internships with the Deseret News and a prior stint with the Lexington Herald-Leader and as a student at Western Kentucky University, where he was the visuals editor for the independent student newspaper, the College Heights Herald.

Walker was named the 2019 Kentucky student photographer of the year by the Kentucky News Photographers Association and placed 7th in the news and feature category in the National Hearst Photojournalism competition. He is originally from Portland, Oregon.

Report for America leverages a unique funding match model, paying half of a corps member’s salary, while encouraging and supporting its local news partners to contribute one-quarter, and local and regional funders to contribute the final quarter.

“It’s now crystal clear that the need for trustworthy, accurate, and local information can be a matter of life and death,” said Steven Waldman, co-founder and president of Report for America. “This surge of reporters should help meet this moment.”

RFA corps member and health reporter Alex Acquisto, who joined the Herald-Leader staff in June 2019, has played a key role in coverage of the coronavirus pandemic in Kentucky. She will return for a second year. Her health reporting position is also supported locally through a partnership with the Blue Grass Community Foundation.

“We’re excited to continue our partnership with Report for America for a third year, and to add another local journalist to cover the issues that matter most for Kentuckians,” said Herald-Leader editor and general manager Peter Baniak. “We’re also grateful to community partners like the Blue Grass Community Foundation, who understand that local journalism is more important now than ever before.”

In the year ahead, the Blue Grass Community Foundation will expand its support of Acquisto’s continued work covering health issues and social services.

“Excellence in journalism and the production of fact-based news and information has never been more important,” said Lisa Adkins, executive director of the Blue Grass Community Foundation. “Philanthropy has a critical role to play in ensuring we have an informed and engaged community. Blue Grass Community Foundation is so pleased to partner with Report for America and the Herald-Leader to support a health journalist through its Knight Foundation Donor Advised Charitable Fund.”

Report for America aims to increase the size of its reporter corps each year — with a goal of 1,000 journalists by 2024. Its ability to scale the program is made possible by multi-year commitments from supporters like the Knight Foundation.