Columbia, Mo.  – The American Society of News Editors and Associated Press Media Editors announced April 2 the winners of this year’s NLA (News Leaders Association) Awards for distinguished writing, digital storytelling and photography. The winning work is a collection of high-quality, high-impact journalism from news outlets of various sizes and platforms.

The NLA Awards honors the best in print, digital, photo and video content in 11 categories. The contest drew over 500 entries. One of the finalists was Lexington Herald-Leader reporter John Cheves.

This is the first year of the NLA Awards, continuing the 39-year tradition of the ASNE Awards and the 48-year tradition of the APME Awards, among the most prestigious in journalism. Many of the categories are sponsored and come with cash prizes, thanks to a group of editors from the former Knight Ridder Inc., The Dallas Morning News, Advance Publications Inc., the John S. and James L. Knight Foundation, The Seattle Times, the Chicago Tribune, the O’Brien Fellowship in Public Service Journalism at Marquette University in Milwaukee and The New York Times.

“We are proud to recognize this collection of exceptional work,” said ASNE President Nancy Barnes. “Newsrooms small and large are steadfastly reporting on the most important stories of the day, calling out abuses of power and wrong-doing, and delivering journalism that makes a difference.”

“These winners rose to the top from a group of outstanding entries,” said APME President Angie Muhs, editor of The State Journal-Register in Springfield, Il. “They told powerful stories that shone light on injustices or dangers faced by vulnerable people, and in many cases, their journalism led to change.”

With the exception of the Batten Medal and the O’Brien Fellowship Award for Impact in Public Service Journalism, which covered work published since 2017, the awards were given for work completed in 2018. All news websites, news services (including radio, TV stations and magazines) and newspapers in the United States were eligible to enter. Outside the United States, news organizations that are headed by an active member of ASNE or APME were also eligible.

Judging took place both online and on site at The Poynter Institute in St. Petersburg, Florida. 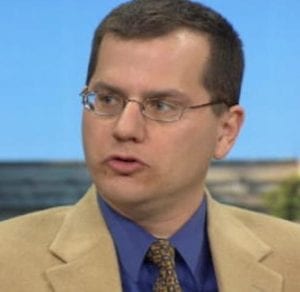 “A Pattern of Failures“
From the judges:
“This small, feisty organization produced an investigation into New Mexico’s private foster care industry that was compelling and expertly written, pulling readers through a complex topic. And it got results: spurring a state investigation and putting the issue front-and-center in the state’s gubernatorial race.”
Finalists: