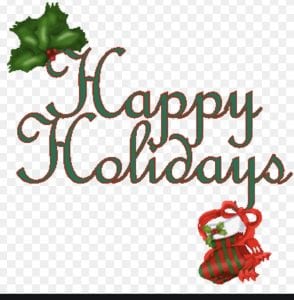 With both Christmas and New Year’s falling on Saturdays, it kinda messes with normal work schedules.

But here’s the work schedule for the KPA Central Office for the next two weeks.

The office will be open Monday through Thursday, December 20 through December 23. It will be closed Friday, December 24. Because the staff gets off two days for both holidays, Bonnie, Holly and Rachel will be working December 23 and then will take off December 24 and December 27. That means I’ll be staffing the office alone on Monday, December 27. Hopefully they’ll train me about answering the phone and anything else I need to know to make sure I don’t mess up.

The following week, the office will be closed December 31 and Monday, January 3, 2022. Gotta get used to writing the new year pretty soon.

And then the fun begins Tuesday, January 4, 2022. That’s when the legislature starts up its 2022 General Assembly session. This is a full 60-day session.

Except for absolutely important information that needs to be shared with members, there won’t be another On Second Thought until Friday, January 7.