House takes over as general manager/editor of Lebanon Enterprise 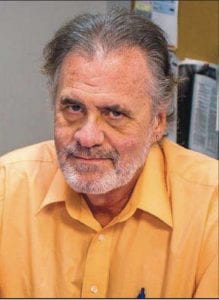 By the Lebanon Enterprise

Denis House has been named the new general manager/editor of the Lebanon Enterprise. House comes to the Enterprise from the Kentucky Standard in Bardstown, where he was a reporter since November, 2019.

“I am excited about this new challenge,” House said, adding that he looks forward to learning about the community and maintaining the strong tradition of the newspaper.

House started in the newspaper business in 1983 at The Sentinel-Echo in London in the pressroom inserting newspapers. During his long career he has worked in almost every aspect of the business, from ad design to delivering newspapers. He was made named sports editor of the Sentinel-Echo in 1988 and stayed in that position until 1990, when he decided to take a break from the newspaper business.

He returned to newspapers in 1992 as a news reporter for the Laurel News-Leader, also located in London. In 1995 he would take over as sports editor and remain in that position until 1998, when the paper merged with The Sentinel-Echo. House once again became the sports editor of the Sentinel until 2017, when he was named managing editor of the paper and remained in that position until 2019.

House lives in Springfield with his wife, Kelly McKinney, their dog, Mojo, and two cats, Marty and Little Jerry.