From the Institute for Rural Journalism and Community Issues blog
In a challenging environment with fewer resources, greater vulnerabilities and increasing attacks from politicians and the politically motivated, how should news organizations respond? One editor-publisher’s approach — a calm, respectful but strong defense of journalism and its essential role in democracy — seems to work. 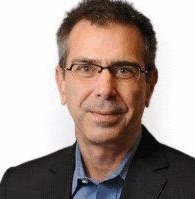 Brian Hunt, editor and publisher of the Walla Walla Union-Bulletin, gave a speech at the southeast Washington city’s library April 27 and boiled it down to a 2,400-word column in the May 7 edition, headlined “Community journalism in the era of fake news.” He laid the ground work by explaining how the media environment, the news business and the journalism have changed. Here are some excerpts:

“Truth matters less today than reach. The largest information companies in the world today depend upon their ability to get advertising in front of our eyeballs. The content that wraps around these ads doesn’t need to be true, it just needs to be able to entice us to click. . . . Facebook and Google succeed by collecting and selling very sophisticated user information about what we like, what we don’t like, what we open, what we ignore. They know what persuades us as individuals and they can easily help us sort ourselves into very small groups of like-minded groups. What could go wrong?”

“We all gravitate to information that feels like it fits our perspective. It’s human nature. . . . As journalists, we are trained in critical thinking. In looking at all sides of an issue. In separating our personal feelings from the work of telling true and balanced stories that enable readers to make up their own mind. The rise of objective journalism had a dramatic impact on the news media – and in our world. The advent of the advertiser-funded internet particularly, and the scale at which broadcast news outlets proliferated and extended themselves, is a new wild west of information dissemination. So how do we navigate the vast amounts of information we encounter to ensure that what we read and what we share are true?” Hunt recommends the “Stop, Search, Subscribe” motto of the News Media Alliance, formerly the Newspaper Association of America, but acknowledges, “What is true or false may not be as enticing as “our desire to believe in something shared.”

After Donald Trump was elected, “I began hearing from readers who seemed confused about what was published as a news story and what was published as a personal opinion column or an editorial. Definitions that newspapers have relied on for decades ar suddenly not widely understood,” Hunt writes. “This became a small wave of complaints that national political coverage in the U-B did not match reader expectations — they knew things we didn’t include, and they often disbelieved what we did include.”Hunt gives examples of the extreme without being judgmental: “I’ve been challenged on why we include people of color in our newspaper. I’ve heard from readers who question why, when two-thirds of our region voted for Trump, the U-B would ever publish anything remotely critical of his presidency. I learn things in these conversations. Most notably, the people I speak with are not unaccomplished, not unintelligent, not uncaring.  We know these people. You know these people. Fake news and the isolated intolerance that can feed it gets to us all.”

In an email, Hunt told The Rural Blog, “I have to believe many rural papers are in the same boat.” He said reaction to his column “has, for the most part, been positive/understanding, with a fair amount of surprise around the idea that the bitterness and intolerance of our national politics does indeed have real local impact: ‘Not in our Walla Walla,’ etc. This may in part be because I’ve got my own bubble. More importantly, it’s just much easier to get angry in the abstract at the person across the table from you.”But Hunt has objective, empirical yardsticks — the number of reader gripes and reasons they give for canceling subscriptions — that strongly suggests his column had a positive impact: “We’ve also seen a dramatic slow-down in complaints/stops based on the perception that we’re too liberal. (I spoke to one last week who called to tell me they were upset because we made too many excuses for Trump’s behavior — a first from that perspective.) Stories that are perceived to reflect on Trump as a person seem to generate the most outcry. The policy actions, health care debate, etc. have not.”

The Union-Bulletin has a daily circulation of 16,000 and is owned by The Seattle Times, which is owned by the family of Frank Blethen, a tenacious defender of local ownership of newspapers and public-service journalism.