How to handle superlatives 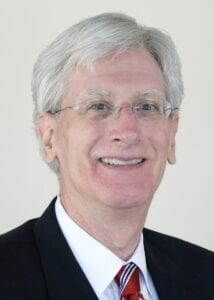 Claude Hopkins, in his book, Scientific Advertising, wrote, “Superlatives…suggest looseness of expression, a tendency to exaggerate, a carelessness of truth. They lead readers to discount all the statements that you make.”

That’s a serious condemnation. When an advertiser uses superlatives, consumers are likely to dismiss everything the advertiser says – including statements that may be completely true.

Fortunately, there is a solution. If an advertiser insists on using a superlative, there are four simple ways to make it more acceptable. Just remember the acronym TOTE:

(T) Tone it down: Let’s look at a four-letter word which has become one of advertising’s most common superlatives – the word “best.” Countless ads feature claims of “the best service”…or “the best selection”…or “the best price.” All the talk about being “the best” has little impact on consumers. It reminds me of football fans who wag their index fingers and shout, “We’re number one,” after their team wins a game, even though they’re still in last place.

(O) Express as an opinion: It’s a fact that you are the world’s leading expert on what you think. People can disagree with your opinion, but they can’t argue with the fact that the opinion belongs to you (or your company). This means that no one can argue with an advertiser who says, “in our opinion, we’re the best”…or “we believe we’re the best.”

(T) Use a customer testimonial: This elevates opinion to another level, because it represents the end user’s point of view. When customers say positive things about a product, they can use language that the advertiser would have to avoid (yes, even superlatives). While an advertiser can’t convincingly state, “Our car batteries are the best,” a satisfied customer can say with all sincerity, “This is the best car battery I’ve ever used.”

Customers’ words have a high ranking on the believability scale.

(E) Cite an expert: When an advertiser uses a statement from an expert, the ad automatically has the ring of authenticity. Marketers have used this technique for years, because it’s difficult to find fault with someone who is recognized as an authority.

We’ve all seen headlines that read, “Four out of five dentists recommend….” We’ve all seen endorsements from researchers. And we’ve all read statements from people who have tested and compared the performance of various products.

This is a way for an advertiser to say, “We’re supposed to like our new widget, so don’t take our word for it. Here’s what an expert says.”

It’s all about turning something bad – a superlative – into something that will work.