If it’s news, it probably came from a paper

Editor’s Note: It’s always a plus when a newspaper writes positive about newspapers. Can’t hurt to do it more frequently. But in Forrest Berkshire’s case at The Kentucky Standard in Bardstown, it was a two-fold approach. Yes, he wanted to brag on his industry but he didn’t do it just in the normal printed product. He did it with one of The Standard’s four annual countywide samplings, giving all Nelson Countians a look inside the recent success of newspapers. Toot your own horn and take every opportunity to reach as big of a market share as you can. And it was also in the online edition of The Kentucky Standard. 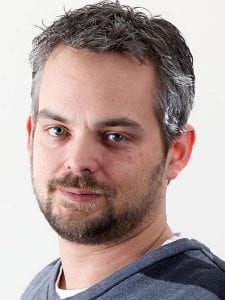 When we are gone, you will miss us.

I am talking about newspapers, and the fact that so many of us are struggling financially at a time when we are needed most.

It has become cliché for people to speak of the financial struggles of the traditional press. You’ve heard of “The failing New York Times,” right?

But consider that The Times shared journalism’s highest award with the news magazine New Yorker when they were announced last week as the recipients of the Pulitzer Prize for Public Service.

The two news organizations were awarded for their investigations into sexual harassment by powerful men in Hollywood, Silicon Valley, political offices and media organizations that had run rampant and unpunished for decades.

Months before someone assigned a hash-tag to the #MeToo movement, Times reporters Jodi Kantor and Megan Twohey were doing the hard work of digging through documents and tracking down sources with knowledge of the behavior of disgraced former movie producer Harvey Weinstein. They were working separate from New Yorker’s Ronan Farrow, who went to The New Yorker after he was told by NBC to back off the story.

Chances are, you didn’t first hear about Weinstein by reading about him in The Times or New Yorker. Or the 71 firings and resignations that followed, according to a list that is still being compiled by The Times online.

Opinions of the #MeToo movement are mixed, and some people feel there have been men who were victimized in a rush to judgment during a shared cultural moment. But it was a conversation worth having, and it opened many people’s eyes (especially men’s) to what life is like for women in the workplace.

That conversation happened because of newspapers. It happened because, even in an era of diminishing advertising revenue, it is print, and especially newspapers, that fund the heavy lifting of newsgathering. Television, the internet and social media played a role in amplifying that message, but if it wasn’t for newspapers, it would not have happened. That’s why I cringe when I hear people “get their news from Facebook,” because I don’t recall ever seeing a Facebook reporter on the ground gathering facts.

The Times, The Washington Post and other large, nationally-oriented newspapers have many Pulitzers to their names, but there are many smaller papers that have won, including this year. What many people outside of it don’t realize is that news is an ecosystem, and often the big stories they watch or read in a larger publication originated from a smaller one closer to the source. Some studies have estimated up to 85 percent of news originates at the local media level.

Here are a few other Pulitzer winners this year, and what they won for:

• Breaking News Reporting — The staff of The Press Democrat in Santa Rosa, Calif. — The entire staff won for coverage of the October wildfires.

“Because we live here and we know, we felt it necessary to be scrupulous,” Catherine Barnett, the paper’s executive editor, told The Times. “And we just got out and gave it all we had.”

• Investigative Reporting — Staff of the Washington Post — Another frequent target of ridicule by those in power, The Post’s investigations into Republican U.S. Sen. candidate Roy Moore’s alleged unwanted sexual advances toward young women helped make the unthinkable happen — a Democrat winning a Senate seat in the Deep South. The Post became a target for conservative activists after it broke the story. Activists tried to dupe it into reporting false accusations in an effort to undermine its credibility, taking the war against an independent press by some conservative interests to a new low.

• Local Reporting — The Cincinnati Enquirer — The entire staff won for a seven-day span of intense coverage of the opioid crisis in Cincinnati and Northern Kentucky. I was privileged to hear some of the reporters talk at a conference about the experience and how they pulled it off logistically, and it was inspiring to see professionals so dedicated to informing their community about a scourge that is wreaking havoc on too many lives.

• Breaking News Photography — Ryan Kelly of The Daily Progress in Charlottesville, Va. — Kelly caught an image of a car driven by a white supremacist as he drove through a crowd of counter-protesters. Sometimes, half of journalism is just showing up, and that gets harder and harder as newsrooms shed workers. Photojournalists have been some of the first to get axed, which is unfortunate, because sometimes it is an image accompanying a story that makes a connection between a reader and the issue.

These are just a few examples of this year’s Pulitzers. I would encourage you to go to pulitzer.org for the full list that also includes the finalists and links to the work.

Many of the stories you will have heard of before. But there will be some new to you. And they were brought to you — almost exclusively — by newspapers.