Inaugural festivities will be featured in photo coverage from KPA, story on swearing-in

Scenes from previous inaugurations provided by KPA; editors have received an email and pdf form to request specific photos of local interest; deadline December 5 to return form to KPA 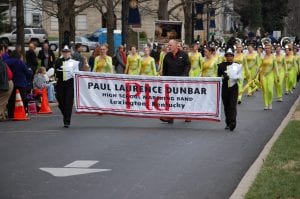 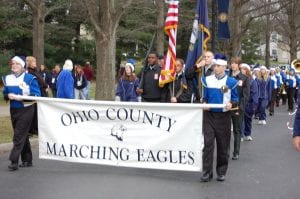 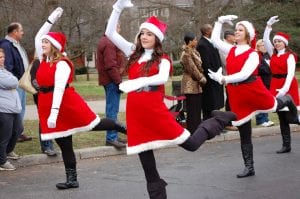 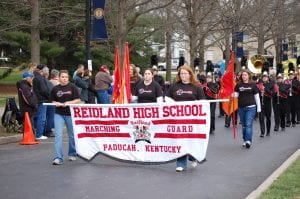 As it has since 2007, KPA will be offering photo coverage of the 2019 Inauguration of Gov. Andy Beshear. The festivities take place Tuesday, December 10, throughout downtown Frankfort.

That will include pictures of the parade, the swearing-in ceremonies and the Inaugural Ball that evening.

Editors have received a pdf form to request photos they are specifically interested in — the local high school band(s), local dignitaries, local floats, civic clubs or organizations you know will be represented in the parade.

The site is not active now and won’t be until the morning of December 10. Editors, through the KPA list serve, will receive an email when the site is active that morning and photos are starting to be uploaded.

Teresa Revlett will be taking the photographs, David Greer will be writing cutlines and Corey Wall will be inside the Capitol uploading the photos to the website. We will do these in “batches:” and each new batch will come with the time the photos were uploaded. So you can check for the “Update” time for each new upload instead of having to re-search through all photos.

David Greer will also be uploading a story on the Governor’s inaugural address. That will be sent via this list serve — editors@kypress.com — and may not be until 4 p.m. December 10 or so before it’s available.

Here is a list of events on inauguration day:

The reception, hosted by the citizens of Frankfort, is open to all inaugural visitors. The museum will offer light breakfast foods and beverages, as well as access to the museum’s seasonal exhibitions. Visitors may tour the museum, including the Hall of Governors, and learn more about the history of the Kentucky governor’s office.

Kentuckians are invited to participate in the worship service – a nondenominational ceremony offering solemn preparation for the day’s events.

Musicians from across Kentucky will perform, including:

*2 p.m. – Swearing-in Ceremony, Capitol Steps
Seating is available for the public, and visitors may line up along the Capitol’s grand front steps to witness the ceremony.

Kentuckians are welcome to tour the “people’s house” and enjoy the beautiful decorations prior to the evening’s celebrations. Winners of Mrs. Beshear’s Team Kentucky poster contest will be recognized at this time. For poster contest details, click here.

*8 p.m. – Grand March, Capitol Rotunda
The Grand March is a formal presentation of the governor, lieutenant governor and other constitutional officers, who will be sworn in Jan. 6. The Louisville Orchestra, led by music director Teddy Abrams, will provide music for the Grand March. Attire for this event is black tie optional. Doors will open at 7 p.m.

9 p.m. to Midnight – Inaugural Balls, Capitol Grounds
Gov. Beshear invites Kentuckians to celebrate on Capitol grounds in two side-by-side inaugural balls adjacent to the Capitol. The parties will be catered by Kentucky State Parks and will serve some of the Commonwealth’s favorite foods. Attire for this event is black tie optional. Doors open at 8:30 p.m.

Note: All events are Eastern time and *events to be broadcast live on the KET network.

For a schedule of events, to view parking maps, RSVP and obtain other information as it becomes available, visit the inauguration website, kentucky.gov/inauguration.