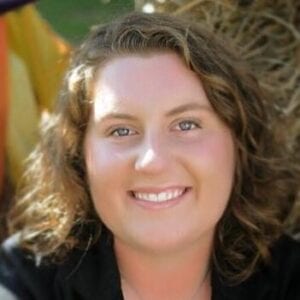 Two years ago, I sat in front of a computer to write out my first Kentucky Press Association Internship reflection article, and it just seemed to flow; it was one of those pieces I did not really think about because it seemed to write itself.

This piece, though the lessons I learned in both internships are similar, is different.

I have learned so much during my internship, but like I wrote two years ago, what I learned was not the fundamental skills of a journalist – writing in the inverted pyramid style, how to conduct interviews or even AP style – those were skills that I learned in college.

During this internship, I was able to learn more about who I am as a journalist.

On the first day of my internship, I was assigned to write a series of articles about the political candidates running in the primary election. For the first few weeks, it seemed like all I did was ask politician after politician the same five questions, transcribe the interview and then write the story.

What began as a repetitive series, led me to write one of the pieces that brings me the most pride.

According to Kentucky’s constitution, individuals convicted of felony charges must be pardoned by the governor to have their rights restored to hold political office. Thus, began my search for the pardon. For weeks, I contacted the individual looking for answers about the pardon. I searched at the local, state and federal levels to no avail. No agency was able to provide me a copy of the pardon; it seemed like one did not exist.

The Times-Tribune published my article detailing my search for the elusive document.

The next day the pardon was published on the front page of another newspaper.

Honestly, I was livid. Why was the source so difficult when it came to my reporting, yet handed the document over willingly to another newspaper? What had I done wrong?

For seasoned journalists, this probably seems like a minor situation, but as a green journalist, I was struggling.

I struggled trying to answer the question, ‘what had I done wrong,’ until my editor told me that she had talked to a seasoned journalist who was covering the same story at a larger, highly respected paper. That journalist told my editor that I should feel honored that the source withheld the information because it meant that I was doing my job well. I was not going to just assume that this individual had the right to hold office. I was diligently searching for the information because as a journalist, part of my job is to ‘tickle giants’ and hold government officials accountable. It is part of the watchdog function of journalists.

While covering the story, I had been diligent in my reporting. I corroborated every piece of evidence that I had with a paper source. Nothing I reported came from just a verbal conversation.

Having written investigative stories before, I knew what I was getting myself into.

My favorite documentary is called “Tickling Giants.” It follows the story of Dr. Bassem Youssef who left his job as a heart surgeon to become a comedian. He used comedy to push back against a president who was abusing his power.

One of the most famous quotes from the documentary is, “Take a feather and tickle the foot of a giant. It’s a risk. Will the giant laugh or stomp on you?”

In the case of my article, I think the individual was doing both. But I did not write the piece because I was trying to write a ‘hit piece.’

People often question the motive of journalists after they publish controversial articles. When I was faced with the criticism, my mom asked, “Well, why did you write the story to begin with?”

I did not struggle to answer her question. I knew from the minute that I started writing what my reasoning for writing the story was.

The reason I wrote it I think is best explained by another quote from the documentary.

“When you believe in something, speak up. When someone is being taken advantage of, advocate. When? Now. Giants come in all sizes. Big and small. We should all, in our own ways, be tickling giants.”

As a journalist, tickling giants meant being an advocate for the public. It meant standing my ground against obstinate sources. It meant being stomped on and laughed at by sources who did not want information the public had a right to know published in its entirety.

This internship has taught me that being laughed at and stomped on are not things to fear as a journalist. Those actions actually just meant that I was doing my job.

That is why as a journalist, I will always be tickling giants.