Intern responds to indictment of news media being liberally biased

“In this newsroom, we all have different political beliefs but respect each other,” I wrote. “What we all have in common is that we’re biased against the things that harm the community we serve, and by community we mean people like you.” 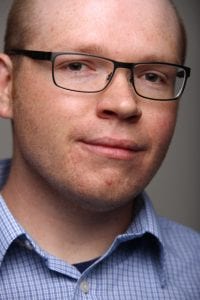 Few journalists can say they have had as much success so early in their career as I have had with The Interior Journal, and all that success boils down to one fleeting, effervescent moment.

Having had difficulty finding a source for a story about how the American Health Care Act might affect senior Medicaid recipients in Lincoln County, I took to the paper’s Facebook page to ask for help.

The very first response echoed some of the most disheartening, gut-wrenching rhetoric we’ve seen directed toward journalists in recent months. Its author offered a scathing indictment of the news media and accused us of being liberally biased, thankfully stopping just short of calling us “fake news.”

Despite the comment’s vitriolic nature, the author offered a little insight into her own unfortunate medical situation at home. She talked about how much “Obamacare” didn’t help her health-hindered family, so I saw a way to connect with her and wanted to go for it.

My editor, Abigail Whitehouse, encouraged me to do so. I wrote up a response and had her read it before putting it online.

“We appreciate your feedback, … and we’re sorry to learn about your health problems and your family’s health-care situation,” it began. “Our hearts go out to you.”

I told the author how no one in our newsroom was happy with the Affordable Care Act allowing premiums to increase at an alarming rate, how we would be affected with the problems associated with it just like anyone else in Lincoln County.

But then I made an ethical argument for questioning the AHCA. I told her our primary role as journalists, according to the Society of Professional Journalists Code of Ethics, is to “Seek Truth and Report It.”

“The truth, based on what we know about the American Health Care Act so far, is that these proposals may have long-term effects that are even more damaging than Obamacare,” I wrote.

“The Congressional Budget Office reported last Wednesday that while premiums would likely decrease for younger Americans, older Americans would likely see a substantial increase and lose many of their benefits.”

One of the author’s specific criticisms about the prospective story was that she thought it would inherently be biased because we were looking for a source to express concern about the AHCA.

So, to wrap things up in what had become a longer response than intended, I tried to express how I felt (and how I think many journalists feel) about allegations of liberal bias toward the news media.

“In this newsroom, we all have different political beliefs but respect each other,” I wrote. “What we all have in common is that we’re biased against the things that harm the community we serve, and by community we mean people like you.”

Abigail signed off on what I wrote, and I posted it as a response to the author on Facebook.

The author quickly wrote back. She said that she never really thought about it that way and would consider what we wrote, that she appreciated our effort to connect with her and to explain what we were trying to accomplish.

Abigail and I were ecstatic.

“Yes! We did it,” we yelled in the newsroom, jumping up from our chairs in jubilation and alarming Sports Editor Nancy Leedy and Production Manager Bonnie Kolasa in the process.

“We got through to someone!”

But the author must have deleted the original comment for whatever reason, because it — along with its replies — was gone the next day.

They tell you in J-school not to read the comments, but I’m glad we did.

I actually think there’s an ethical argument for reading the comments and responding to them.

It’s all about being accountable and transparent, another tenet of the SPJ’s code of ethics.

She did the right thing, and her resilience in that experience also taught me a valuable lesson.

People may think now that they have carte blanche to denigrate journalists, but Abigail taught me that we don’t have to cower in fear of what they might say or do — we must respectfully stand our ground.

They might say nasty things as a result, but we can and should do better to explain our intentions so they might understand us better. After all, we’re people too.

I’m happy Abigail cares so much about her community that she actually listens to them and tries to cut through the dividing lines of political rhetoric. I can see her community is grateful for what she does, and that’s undoubtedly rare these days.

That moment, about a month into my internship, didn’t really have anything to do with what I had done to that point or with what I would do in the weeks to come, and it has since been erased from everything but memory. But it will live in my memory forever, always pushing and inspiring me to be the best journalist I can be.

Thank you, Abigail. I wouldn’t trade my experience under your leadership for the world, because without you I wouldn’t nearly be as prepared to take it on.