Into the Issues: Headline mostly accurate but didn’t tell the whole story 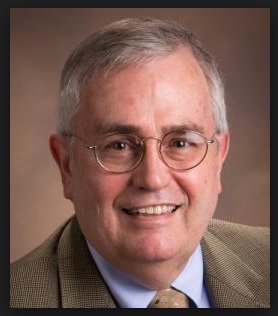 That was a tough but mostly accurate headline The Associated Press put on the 2,344-word story it published at the start of Sunshine Week last month: “Decline in readers, ads leads hundreds of newspapers to fold.” But as usual, the headline didn’t tell the whole story.

The story had a strong central basis, the research of Penny Abernathy and her colleagues at the University of North Carolina. She reported in October that about 1,400 U.S. cities and towns lost newspapers from 2004 through 2015. Most of those were suburban weeklies, but Abernathy counted more than 500 closures or mergers among rural newspapers. Many of those have been in towns that don’t dominate their counties, especially in areas like the Great Plains that have been losing population.

Just over 1,800 papers were shuttered in those 15 years, and more than 1,700 of them were weeklies. But the object example of the AP’s story was a daily, in south-central Missouri’s Pulaski County, which closed in September.

The example may seem inapt, but is forward-looking, I wrote on The Rural Blog. That’s because the Waynesville Daily Guide was closed by GateHouse Media, one of the private-equity firms that have bought hundreds of American newspapers and have a bottom-line focus. GateHouse is now the nation’s largest newspaper owner, and it seems willing to close money-making papers because they’re not making enough money.

“GateHouse rejects the notion that their motivations are strictly financial,” AP’s David Bauder and David A. Lieb wrote. Near the top of the story, they wrote of the closures, “Blame revenue siphoned by online competition, cost-cutting ownership, a death spiral in quality, sheer disinterest among readers, or reasons peculiar to given locales.”

My fear is that the Waynesville Daily Guide is the canary in the newspaper coal mine – a harbinger of more deaths to come. And I know some weekly newspaper editors and publishers who feel the same way. At least two Kentucky weeklies took the unusual step of running the Waynesville story, as a warning to their readers.

One was Ryan Craig of the Todd County Standard, judged the state’s best small weekly in 12 of the last 13 years. “I ran it in hopes that the Standard’s readers could understand that the issue with newspapers isn’t just an issue with dailies,” he told me. “I firmly feel that small, rural weeklies were safe from the bloodletting larger papers were going through even up to a couple years ago, but the digital age and smartphones, along with the erosion of public notice advertising are really hurting the bottom line and we, as citizens, run the risk of gigantic swaths of rural readers with no local newspaper serving them.”

My friend Ryan says he sees fewer and fewer people “who appreciate the role a good rural paper plays as the watchdog and advocate for a small place that is often forgotten by larger places or in the state capital.”

I have similar concerns. Here’s what I wrote in a companion piece on The Rural Blog, at https://bit.ly/2Tng4vA, the day we excerpted the Waynesville story:

“For a decade now, I have said community journalism is the healthiest part of the traditional news business, primarily because most people will always be interested in news about their locality, and digital media have not invaded the local-news franchise of most rural newspapers.

“But now I wonder. Americans increasingly engage in online, virtual communities, many of which have little or nothing to do with a locality (West Highland White Terrier owners like me and my wife, for example). The flood-the-zone approach of President Trump and the dominance of social media have placed more emphasis on national news, and the shriveling of many local news outlets has only exacerbated that.

“There is less interest in local news, and certainly in local newspapers, most of which still emphasize the print product that provides most of their advertising revenue. That leaves them with a disproportionately older audience that is gradually dying off. And I can see a decline in many rural newspapers that I did not see five years ago.”

The headline on that opinion piece was: As digital challenge increases for journalism, paymasters must adapt, be reliable and relevant, and be true to values – meaning the values of journalism, not just the news business. They are not the same thing. One pays for the other.

Our Rural Blog headline on the news piece, available at https://bit.ly/2URGCGI, was: AP uses paper GateHouse closed as example of troubles of local journalism, but says ‘This isn’t a hopeless story’.

The AP story included a brief mention of The Pilot in Southern Pines, N.C., which thrives on “revenue raised by side businesses — lifestyle magazines, electronic newsletters, telephone directories, a video production company and a bookstore.”

We added that The Pilot’s publisher is David Woronoff, who is going into the North Carolina Media and Journalism Hall of Fame this month. The selection committee “felt he set a new standard for community newspapers and earned well-deserved national recognition for excellence,” member Merrill Rose told The Pilot. The committee is right when it comes to journalism, and they are right when it comes to the news business.

In his roundtable session on “The Entrepreneurial Spirit” at last year’s NNA convention, David talked about his paper’s new products, including The Sway. Named for the movement of southern pines in the wind. It’s an email newsletter and website for people in their 20s, written by one. “We kind of hide our newspaper lineage with The Sway,” he said, adding that most of its readers “probably don’t know we publish it.”

But the revenue from these and other products support The Pilot, helping make it a leader among community newspapers. No, they are not a hopeless story. But they must adapt.