Into the Issues: Presidential election made journalists, politicians take note of Rural America 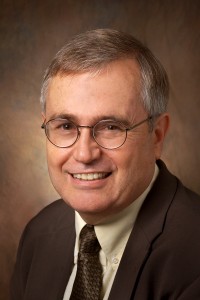 By Al Cross, Institute for Rural Journalism and Community Issues, University of Kentucky

A year ago this month, Donald J. Trump surprised most of the world and probably himself by winning the presidential election. He couldn’t have done it without rural America.

The numbers in the exit polls were clear. Trump won 62 percent of the rural vote, more than any modern president. And here’s the statistic that shows just how rural his victory was: If you divide up the vote by the rural continuum of the Department of Agriculture – which has nine steps, from most rural to most urban – the smaller a place’s population, the stronger its vote for Trump, with one very small exception inside the error margin.

Trump’s percentage continued a recent trend of Republicans winning more and more of the rural vote. The biggest gain was actually made when Mitt Romney ran, but rural turnout was down significantly in 2012, especially among Democrats, so that boosted Romney’s percentage. But there was a better rural turnout in 2016 – and that was a key to Trump’s victory in the big swing states of Pennsylvania, Michigan and Wisconsin.

That surge in turnout, and rural America’s choice of a man who is probably our most urban president ever, suggest that some big and bad things have been going on in our rural communities – some things that made them vote for him.

There are many was to measure those things, but the most important may be the simplest: Each year from 2012 through 2016, fewer people lived in rural America than the year before. Those losses were pretty small, but there had never been a decline in the total number of rural people, just in the rural percentage of the U.S. population.

Rural America is losing population mainly because it lost, during the Great Recession, jobs and businesses that have not come back. One year ago, employment in metropolitan areas was almost 5 percent higher than in the first quarter of 2008, the official start of the recession. But outside metro areas, employment was about two and a half percent less.

We have seen that decline all over rural America, in closed factories, vacant storefronts and streams of workers commuting to more urbanized places. In many places, there is also a social and cultural decline, indicated by above-average drug use and divorces, poor health, increasing mortality rates among middle-aged whites, and a workforce that shrinks as disability payments expand. The Wall Street Journal did a good job documenting this several months ago in a package that said the statistics of rural America resemble those of inner cities 30 years ago.

This isn’t just about statistics. It’s about feelings, which are usually more influential in an election. In rural America, there is a documented resentment of urban elites, including the news media — reflecting a feeling that rural areas aren’t getting a fair shake from government and its trade deals, and are looked down upon.

So, onto this landscape strode a brash billionaire whose TV reality show and business career had made him a household name, offering few specifics but promising to “make America great again” and acting as a tribune for disaffected people who were hungry for a politician who would improve their daily lives. In more than 40 years of covering politics, I have never seen a candidate who generated the reaction, depth of support and enthusiasm as Donald Trump, especially in rural areas.

There were half a million more rural votes last year than in 2012. In urban areas, there were two and a half million fewer votes. That second number illustrates the low enthusiasm for Hillary Clinton.

Some have also argued that Trump’s victory had a lot to do with race and ethnicity, and there was evidence of that in rural areas, mainly dealing with immigration.

Rural Midwestern towns that have attracted many more immigrants—particularly Latinos—were Trump strongholds in the primaries and caucuses. Just before the general election, Gallup polls showed Trump doing well in racially isolated white communities, and the pollsters concluded that Trump voters in those places appeared to be less motivated by economic concerns than by issues of race, ethnicity and immigration. Other researchers before and after the election came to the same conclusion about the national vote.

One thing last year’s election did was wake up a lot of national journalists to the problems of rural America. The Wall Street Journal is not the only national news outlet that’s paying more attention to rural places and their problems. My friend Chuck Todd of NBC said on election night, as Trump began to win, “Rural America is basically screaming at us, ‘Stop overlooking us!’”

So, rural issues should get more attention, especially with a president who owes his victory partly to rural America. But politicians sometimes have to be reminded who they owe, and I think that is the case with rural America, because it is so diverse – too diverse to have a strong lobby that speaks for it.

Agriculture interests can help, but they can also hurt, by focusing more on increasing farmers’ wealth and just paying lip service to the needs of rural communities. There is a bipartisan Congressional Rural Caucus, but it has only 43 members – almost exactly 10 percent of the House of Representatives. Rural America is 15 percent of the population, and it needs a stronger voice. Rural newspapers could help provide it.