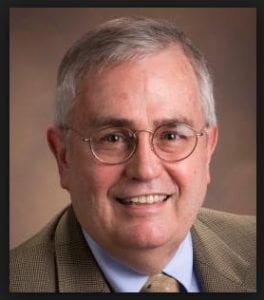 Local governments, school boards and other taxing authorities in Kentucky have begun one of their most important annual tasks: deciding how much property tax their constituents will pay.

These are significant events of considerable public interest, but they’re sometimes mis-reported by local news outlets.

That’s happened since soon after a 1979 special session of the General Assembly, which passed a law (House Bill 44) that makes increases in local property-tax revenue of more than 4 percent subject to a referendum.

The key word in that sentence is revenue. The 4 percent threshold is not for the tax rate, but for income generated by the taxes. (New property, such as new buildings, is not counted in the calculation.)

This is the most common mistake I see or hear in news stories about local tax rates. They say something like, “The Fiscal Court raised taxes 4 percent.” In all likelihood, the court did not; it probably voted to levy the highest tax rate it could without the possibility of a petition calling a referendum on it.

The distinction is important, because the tax you pay depends on two things: the rate and the assessed value. If the property valuation administrator has reassessed property in your area, but not the whole jurisdiction, that’s liable to raise your tax bill more than any choice of a rate by taxing authorities.

For example, Ronnie Ellis correctly reported for the Glasgow Daily Times in 2005 that the Barren County Fiscal Court raised tax revenue 4 percent but the tax rate went up only 1 percent, “because assessment growth funded most, if not all, of the revenue increase.”

But sometimes we have a problem with percentages, or the fact that property-tax rates are levied per $100 of property valuation. One weekly newspaper, reporting in 2007 on property-tax rates, said a county school board “would reduce those rates by .5 percent.” Actually, the board lowered the rate to 39.3 cents per $100, from 39.8 cents, so the story should have said “half a cent per $100 of property valuation.” In percentage terms, the rate went down 1.26 percent. A daily paper made a similar mistake that year.

Misreporting of local tax rates isn’t always the fault of local journalists. Sometimes officials voting on the rates don’t really understand how they are calculated, and use incorrect terms that may mislead reporters. Paperwork is usually more reliable, but the worksheets the state Department of Revenue sends local taxing authorities can be confusing.

The worksheets show the calculation of the “compensating rate,” the level of taxation that would produce about the same amount of revenue as the year before. This is usually lower than the current rate, because of inflation and reassessments, but not always. In most cases, taxing authorities must hold a public hearing if they want to levy a tax rate higher than the compensating rate. The laws vary, and there are exceptions; the Revenue Department knows for sure.

Tax rates that would increase revenue more than 4 percent (not including revenue from new property) are subject to a petition for a referendum on the portion of the rate that would produce an increase of more than 4 percent. To call a referendum, the petition must be filed within 45 days of the rate’s adoption and be signed by 10 percent of the number of voters in the jurisdiction at the last presidential election.

One thing to remember about countywide tax rates: Most counties have several taxing authorities. Schools generally have the highest rates, but much of your tax bill also funds special districts for such things as libraries, hospitals and the Cooperative Extension Service. Rarely do I see a newspaper that summarizes all the tax rates for the year, and even more rarely one that list all the rates and compares them to other counties.

The Adair County Community Voice did that about three years ago, listing the county, district and school taxes on real estate and the total tax rate on tangible property. And not just for Adair and adjoining counties; for every county! It did this with an annual publication from the Revenue Department, available online at: https://revenue.ky.gov/News/Publications/Property%20Tax%20Rate%20Books/2017%20Rate%20Book%20Excel.pdf.

If you need help reporting on taxes, contact Revenue or email me at al.cross@uky.edu