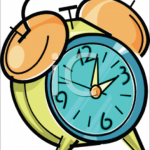 Seems like only last week or month that we were pushing the clocks back an hour. And I’m a little ahead of the game for you this year, but moving those timepieces forward an hour is just a couple of weeks away.

Come Sunday, March 8, at 2 a.m., it’ll be time to do that again. This gives you time to notify all your readers that Daylight Savings Time is just around the corner.

Now on the other end of the spectrum, we’ll stay on “fast” time until Sunday, November 1, at 2 a.m.

Of course, all is subject to change in the future, depending on Congress taking action to make time the same throughout the year, with no “spring forward, fall back” mantra.

In the Kentucky House of Representatives, a Concurrent Resolution has been approved that urges Congress to make Daylight Saving Time permanent. The resolution has passed the House, 92-2 on February 5, and is now in the Senate State and Local Government Committee.

WHEREAS, according to the United States Department of Transportation, daylight saving time saves energy and lives, and reduces traffic injuries and crime; and

WHEREAS, making daylight saving time permanent would continue these benefits throughout the year; and

WHEREAS, under the Uniform Time Act of 1966, 15 U.S.C. sec. 260, the United States Secretary of Transportation is authorized and directed to oversee the standard of time in the United States; and

WHEREAS, although 15 U.S.C. secs. 260 to 267 do allow for time zone change requests, they do not provide for a procedure to request that daylight saving time be made permanent;

NOW, THEREFORE, 14 Be it resolved by the House of Representatives of the General Assembly of the Commonwealth of Kentucky, the Senate concurring therein: